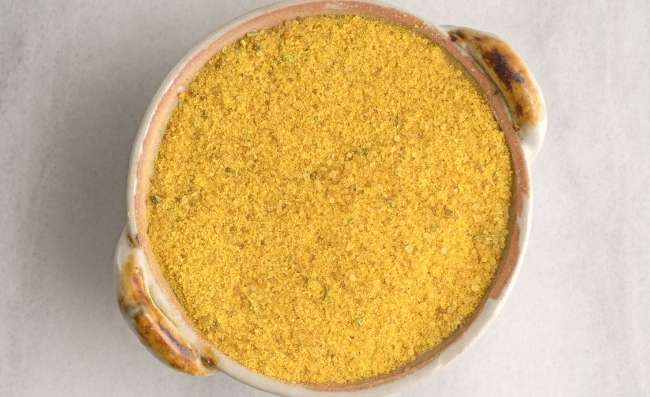 Let’s face it. Not every person can make their own chicken stock from scratch.  It takes so much time, skill, and resources to make the stock the traditional way. Therefore, you may once in a while need a quick fix, that’s where chicken bouillon granules come in.

Personally, I believe chicken bouillon granules have a more sophisticated flavor compared to homemade chicken broth and the store-bought one. They have a rich umami flavor that elevates any dish it is added to.

Just like any other product, chicken bouillon granules have their advantages and disadvantages.

My favorite thing about chicken bouillon granules is that they have a long shelf-life unlike fresh chicken broth or canned chicken broth.

Because of its concentrated flavor, you only need to use a little bit for your dish to have that amazing chicken flavor.

Although the flavor of chicken bouillon granules mimics that of fresh stock, it is not the same. Your dish may not have the flavor that it usually has when you use fresh stock.

Being processed food, chicken bouillon granules may contain unhealthy amounts of sodium as well as other additives. Don’t use it too often for health reasons.

You can use chicken bouillon granules in beer batters for fish or chicken. The granules enhance the flavor of your dish.

Try using chicken bouillon granules instead of chicken stock or a ham hock while cooking beans. The results are amazing.

If you like flavored rice, then you should definitely try adding some chicken granules. Use it in moderation because your rice may end up being too salty if you use too much.

Chicken bouillon granules work best when used in stews and soups. Try adding some to your stew or soup for the best flavor.

Chicken broth is arguably the best substitute for chicken bouillon granules. You can either use homemade chicken broth or store-bought chicken broth. Personally, I prefer the homemade one because of the rich flavor.

Chicken broth adds a poultry-rich flavor to any dish it is added to. Thankfully, that is the exact flavor you usually go for when using chicken bouillon granules.

In case your recipe requires you to dissolve the chicken bouillon granules in one cup of water before adding it to your dish, simply replace it with one cup of chicken broth.

In case you do not have chicken broth in hand as well, do not panic. You still have other options. Dry white wine is another good substitute for chicken bouillon granules.

To use dry white wine as a substitute for chicken bouillon granules, you need to use specific measurements. If a recipe requires you to dissolve a tablespoon of chicken granules in one cup of water, simply use a ¼ cup of dry white wine instead. Omit the remaining ¾ cup of water. However, if your dish seems dry, you can add a little bit of water to it.

The flavor may be mild compared to the one chicken bouillon granules will give you but your dish will still be tasty. Just make sure that you let your dish cook long enough for the alcohol to evaporate.

Yes, water can also be used as a substitute for chicken bouillon granules although it is not my go-to substitute. Unlike the other substitutes, water will not elevate the flavor of whatever dish you are making.

However, it will get the job done. To boost the flavor of your dish when using water as a substitute, simply increase the number of other seasonings that your recipe requires.  Simply replace the amount of liquid in your recipe with water and let it cook.

In case you are keen on adding some flavor to the dish you can dissolve one tablespoon of poultry seasoning in the water before adding it to your dish. The flavor may not be the same but your dish will still be tasty.

It is important to note that when using water as a substitute, your dish may be less salty. You can counter this by adding more salt to your recipe.

We have all been there, that moment when you decide to buy milk in bulk because you are saving money on groceries and end up with several gallons. Milk has a very short shelf life, so if you store it at room temperature or inside your refrigerator, it may go bad pretty fast. Luckily, you…

What is almond liqueur? Almond liqueur is a liqueur that has almond flavor. It may or may not contain almonds, but the flavor is constant. Manufacturers use almonds or apricots, or both to make the base of almond liqueur. Like many other alcohols, almond liqueur contains other flavorings and spices. How to drink almond liqueur…

The vanilla flavor has always been one of a kind. It is one of the baking essentials. Vanilla gives depth to dishes and also balances the flavors. It is used in ice cream, chocolates, baked goods, coffee, and even nuts. Vanilla bean paste is a thick paste that has a rich vanilla flavor. It contains…