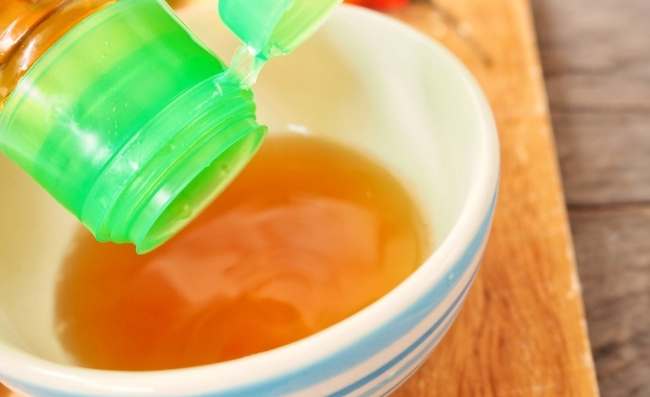 You may have noted that fish sauce is used in the preparation of certain Chinese meals.

Well, when it comes to Southeast Asian dishes, particularly Taiwanese, Thai and Vietnamese, the use of fish sauce is a staple.

Fish sauce is anything but ordinary. To begin with, it is rich in colour being a translucent reddish-golden brown. It is sweet, salty, fishy, and a good kind of funky all at once.

The fish sauce definitely lives up to its name. Most if not all of its flavour is derived from the process of fermenting fish.

This fermentation can take anywhere from six months to even one whole year.

Salt is usually added in to the mixture.

It plays the part of drawing the water and moisture out of the anchovies or krill while the natural bacteria start to break down the fish, producing a briny, fishy, savoury liquid which is fish sauce.

Note that the mixture is usually strained or sieved in order to separate the fish sauce from the anchovies that will have already played their part.

What is mainly contained in a fish sauce that constitutes the key ingredients are fish, water, and salt. Sometimes sugars such as caramel or molasses are added, but it is not an absolute necessity.

Does fish sauce go bad? Well, it would take a lot to make the fish sauce go bad. Seeing as it is already fermented fish, the sure way that it can go bad is if it is exposed to the elements in the environment or just not properly stored. This could mean anything from leaving an opened bottle in room temperature, to not properly sealing the bottle after use.

Does soy sauce go bad? Click here to find out.

How to Use Fish Sauce

If you are anything like me, even just opening a bottle of fish sauce is scary since it does not have the best scent or smell. But anyway, what else did we expect from fermented fish? Lol.

Since fish sauce gives meals a unique umami flavour and touch, it can be used similarly to how anchovies are used in other cuisines or meals.

Keep in mind though that fish sauce is very salty so using it sparingly would not be such a bad idea. There are some cooks and chefs who use fish sauce instead of salt.

Further to this, fish sauce is a good addition to rice dishes, more so, fried rice. It also pairs quite well with noodles and as such is a very key ingredient in the preparation of dipping sauces and even dressings for certain salads.

Does Worcestershire Sauce Go Bad? Click here to find out.

How to Buy Fish Sauce

Factually speaking, any brand that is of high quality and has good ratings or reviews from its consumers is good to go.

The main difference in price range would usually be because of comparing how long the fish sauces were fermented and how pure they are.

Purity in this case means that the fish sauce has less sugar added to it as well as fewer other additives that have been added to it.

Another thing that would go a long way in determining the fish sauce you end up buying whether at the grocery store or the farmers market is the type of fish sauce you are on the search for.

How Long Does Smoked Salmon Last? Click here to read.

There are essentially three types of fish sauce which are:

Also be on the lookout for whether the fish sauce is generic, traditional, or processed. The difference here comes in with regards to how the fish sauce has been prepared.

How to Make Homemade Fish Sauce

Well, you would have to start off with water. Keeping in mind that it will be about half the volume of this sauce itself, know that the volume of water you start with will be half of what you end up within the final sauce.

Mix the water with sugar and lime or lemon, if it becomes too sweet, add some water, if it is not sour enough add some more citrus. (Results may vary each time because of the different results since limes or lemons can vary in liquid, pulp, acidity.

Slowly add the fish sauce in increments until you reach the right viscosity, all the while mixing the sauce and tasting it along the way.

What Are the Best Fish Sauce Substitutes?

If I run out of fish sauce, the best go-to substitute is soy sauce. The flavour of soy sauce is darker and more caramel than the bright sour saltiness from fish sauce, but you will have to use less than your usual fish sauce.

You could also mix soy sauce with rice vinegar or soy sauce and lime juice to achieve the same salty, sour freshness.

If you are a vegan but still want to enjoy the flavour of fish sauce, a combination of dried shiitake mushrooms and soy sauce creates a vegetarian substitute for the fish sauce as well.

How to Store Fish Sauce

It is not essential that you have to refrigerate fish sauce. This is because the salt that it contains will crystallize. Now, this does not mean that fish sauce will last forever.

Without a doubt, it can deteriorate in terms of its quality over a given period of time. This deterioration results in a change of colour and even taste.

There can be some occurrences of mould or yeast developing on the surface or spout of the bottle.

Provided it is stored at room temperature and the bottle is ever tightly sealed, fish sauce, whether opened or not, can keep best for between three and four years. There will always be an expiration date printed on the bottle of fish sauce.

When the fish sauce does begin to go bad due to lack of proper storage, it develops the tell-tale signs that indicate spoilage.

In some cases of spoilage, the sauce develops an off odour, flavour, or appearance, at which point it should be thrown out.

The best way to store fish sauce is ultimately in its original airtight container in a cool dark place like in the pantry or a kitchen cabinet, away from direct contact to the elements in the environment like sunlight and fluctuation in temperature.

Generally speaking, and without a doubt, the smell of the fish sauce is not the most alluring smell. This is mostly because of the use of fermented fish to make the sauce in the first place.

I am sure you have experienced a case where you have prepared the most delicious meal but now your whole house or apartment smells like the bottom of the ocean or the inside of a fish.

I am more than 100 per cent sure you will enjoy this list of some of the ways that you can reduce, get rid of, or neutralize the smell of fish sauce the same way I did.

Pepper is a popular ingredient. Most Americans use it daily, so it’s only natural that you would stock up on it. If you have had pepper sitting in your pantry for several months, you may ask yourself: does pepper expire? You should know that most dried and ground spices don’t spoil easily, and pepper is…

Nothing beats a tasty breakfast that you can prepare in just a few minutes. I don’t know about you, but my family loves pancakes. Therefore, I always have a package of Bisquick in stock so I can quickly whip up some pancakes when we are in the mood for them. Over the years, Bisquick has…

Did you know that carrots can come in five different colors? That is orange, purple, red, white, and yellow. Just like everything else under the sun and most food items in our kitchens and pantries, carrots can and do go bad. Technically speaking, carrots have a relatively short shelf life due to the presence of…

Frozen French fries are a lifesaver. Not only are they easy to prepare, but they also taste amazing. They make for the perfect side dish or snack and go well with most dishes. It’s no wonder everyone loves fries, especially when served hot. Frozen French fries are readily available in grocery stores. But how do…

Essentially, when we say honey, we mean the natural substance that is sweet and produced by bees using the nectar that they get from flowers or even secretions from plants. An interesting fact about honey is that because the composition of honey usually depends on factors such as the breed of bees and the different…