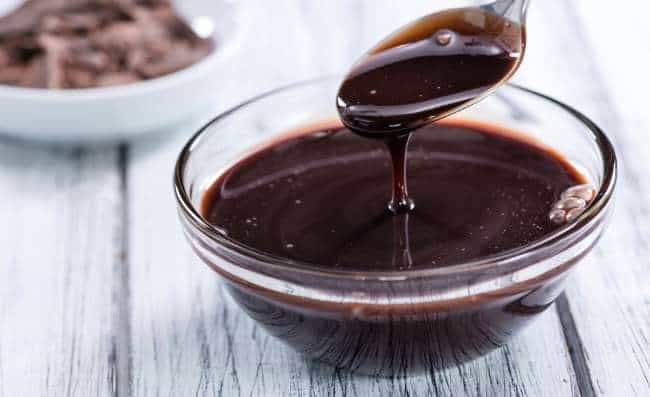 When I hear BBQ, my mouth waters, and I think of the irresistible smoky flavor of beef barbeque. Supposing you have enjoyed a BBQ or any food cooked on a wood fire, you have tasted a smoky flavor.

The main reason for preparing a barbeque is to enrich the food with a smoky flavor. Imagine getting a smoky flavor without going through the trouble of making a wood fire. Devine, right?

Smoke is a nuisance. It makes you choke and become teary. If you can avoid it, the better.

Liquid smoke simplifies the work for us. We get the smoky flavor we want without going through the trouble of enduring the smoke. Retailers sell it in bottles in some grocery stores and supermarkets.

It is crucial to know if liquid smoke expires and, if so, after how long.

Liquid smoke can serve you for at least two years without losing its flavor. It expires around this time, but it can last for three years if you store it well. Liquid smoke does not expire as per se. We say it expires when it loses its flavor and smell.

Is My Chicken Broth in a Box Expired? Click to Read.

What is Liquid Smoke?

Liquid smoke is smoke that has been condensed and stored in a bottle. It is a by-product of a wood fire. When you burn wood, there is smoke. This smoke is then passed through several processes to condense it.

It comes in various flavors depending on the type of wood used. There are pecan, hickory, and applewood flavors, to mention a few.

An American chemist named E.H Wright is the person who came up with liquid smoke. He used to observe smoke when he was young. When he became a chemist, he actualized his idea, and in the late nineteenth century, he introduced liquid smoke to the world.

Since then, people have used liquid smoke in numerous recipes. While some people disagree with the idea of smoke in a bottle, they consume it without knowing it.

Any time you see some product named smoked or barbequed, chances are liquid smoke has been used.

Liquid smoke is cheap, and a small bottle can last you a while. It is not something that you use often, and when you do, you use just a tiny amount.

Also, Check Out: Does Pepper Expire?

How to Tell if Liquid Smoke has Expired

To tell if your liquid smoke has expired, you need o use your sense. Smell, look and taste it.

As I have already pointed out, liquid smoke does not go bad. Its expiration happens when it losses its flavor and smell.

The whole idea of using liquid smoke is to recreate the smoky flavor brought about by cooking on a wood fire. So, when the smoke loses that essence, we term it useless and expired.

Most of us have smelled smoke. We have either cooked with firewood or used a smoker. It is, therefore, safe to assume that you know what a smoky flavor is.

Mostly, the sense of smelling and tasting go hand in hand. If you can smell it, you can taste it. So, assuming you have smelled smoke, you know how it tastes.

Now that you have a vague idea of how smoke tastes to you, you also have an idea of the flavor of liquid smoke.

To tell if it has expired, open the bottle, and smell it. If the smell has faded away, the liquid smoke is useless to you.

Another way of telling whether liquid smoke has expired is by its appearance. Liquid smoke is dark brownish. If the color starts to fade, it has expired.

Why does Liquid Smoke Expire?

Fun fact, if you buy liquid smoke and decide never to open it, it will never expire. Pathogens cannot survive inside the smoke, so the smoke will remain good.

The process of opening and closing the bottle is the process that makes liquid smoke expire. Over time, the smoke will lose all its flavor, becoming useless.

Storing liquid smoke in a hot environment will reduce its shelf-life. The heat will make the smoke evaporate, thus losing its flavor.

Increase the Longevity of Liquid Smoke

The last thing any of us want is to keep buying liquid smoke when one tiny bottle can serve us for a long time. To avoid this, you need to ensure that you prolong the shelf-life of your liquid smoke.

How do you do this? You can use two hacks to ensure that your liquid smoke serves you for a long time.

First, you must always ensure that you fit the cock tightly after every use. If you notice that the cock has become loose, it will help if you use a piece of nylon paper to ensure it is fit. Doing this will ensure that the flavor of the liquid smoke is not sipping through the cock.

Second, store the liquid in a cool and dry place. There is no need to refrigerate the smoke, as it never really goes bad.

It would be best to keep it in a cool and dry place because too much heat will cause the liquid smoke to evaporate, losing its flavor.

Supposing you are careless with the cock and then you store the liquid smoke in a hot environment, it will expire in no time. So, it would be wise to follow the instructions I have discussed.

How to Use Liquid Smoke

You can use liquid smoke to add a smoky flavor to your dish. Sometimes we are too lazy to barbeque a dish. The idea of litting up a wood fire makes us change our minds about that BBQ.

At such times, liquid smoke comes in handy. You can use it on sauce, soup, meat, and to make some cocktails. When using it for cooking, use it sparingly because it is very concentrated.

Manufacturers use liquid smoke to come up with some smoked dishes. Products like smoked meat, smoked sausage, and smoked gouda are some examples.

When you buy these products, you are consuming liquid smoke because it is the one that gives them their flavor.

Does liquid smoke expire? You might ask this question, especially when you buy it and do not know how long it will last.

The simple answer is yes. You will notice that the bottle will have an expiration date when you buy liquid smoke. Liquid smoke is estimated chiefly to expire in two years.

As we have seen above, liquid smoke does not go bad. It just loses its flavor and becomes useless.

After going through this article, I am confident that I have answered your question. I have also shed light on how to use liquid smoke and how you can increase the shelf-life of liquid smoke.

Bibb lettuce also goes by the name butter lettuce. Its tender and sweet leaves are commonly used as salad greens. However, that is not all they are good for. They are also used as edible vessels especially for people on a low-carb diet. I particularly love grilled beef lettuce wraps and tacos. The sweet lettuce…

Gone are the times we struggled with many cooking appliances; slow cookers, pressure cookers, rice cookers, yogurt makers, etc. An instant pot is a multicooker, and you can purchase one that has all the cookers. Although this multicooker is not widespread, it is becoming popular by the day. It is making cooking easier. Sometimes, your…