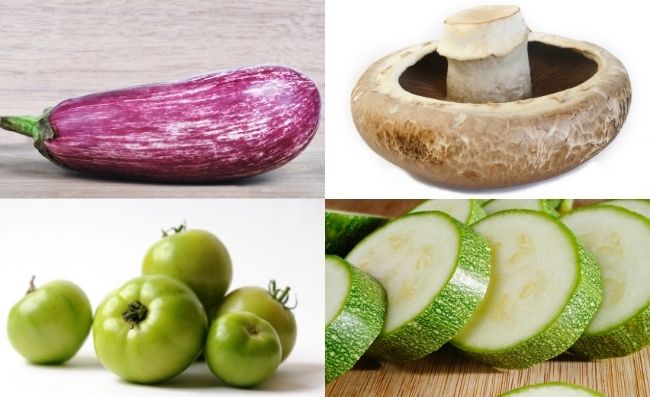 I can bet that we have all interacted with eggplant a few times. Eggplant is a vegetable that is loved by vegetarians and non-vegetarians alike, which makes it a favorite ingredient for home cooks and professional chefs.

So what is it? It is a vegetable that comes from the nightshade family. Other vegetables from this family include; zucchini, okra, and tomatoes.

Eggplant comes in various sizes, shapes, and colors. Some are very tiny with about two inches in diameter and others are quite long approximately 12 inches. All eggplant variants have edible seeds.

How to cook using eggplant

The most common way to use eggplant in recipes is chopping or slicing them then adding them to your dish the way your recipe requires. There are a few recipes that ask people to peel the eggplant before use. Another use of eggplant is in casseroles or grill them to make the perfect side dish for your barbecue.

I have come across a few recipes requiring me to salt the flesh of the eggplant before use. The salt draws moisture out of the eggplant. Therefore, it becomes softer before you cook it.

You can pickle, deep fry, sauté, stir fry, or bake eggplant. It all depends on your preference. Additionally, you can fire roast it until the exterior is charred then scoop out the softened flesh.

If you do not like eggplant or you run out and have no time to go buy more, you can use substitutes in its place.

Zucchini is a suitable eggplant substitute. It is a type of summer squash whose origin is traced back to Ireland and Great Britain. If you simply don’t like eggplants, zucchini is an ideal alternative.

The flavor of eggplant and zucchini is similar when cooked.  However, the texture is a bit different. Eggplants usually have a soggy and mushy texture when cooked. On the other hand, zucchini is less mushy.

You can substitute eggplant with zucchini in several dishes. Try using zucchini in stir fry dishes, stew dishes, pasta, and soups. You can also use it in ratatouille the famous French vegetable dish.

To substitute eggplant with zucchini, just use double the amount that your recipe requires. Use zucchini the same way you use eggplant in your dishes.

Looking for a reason to use zucchini? This vegetable contains several nutrients. It is also easy to use and you can easily incorporate it into your dishes to give you a flavor similar to that of eggplant.

You can use Portobello mushrooms as eggplant substitutes when making cream-based pasta, pizzas, or moussaka. You can also use them in other dishes that call for eggplant.

Portobello mushrooms are ideal for vegetarians since they give dishes a meaty element thanks to the supple and juicy texture.

The only downside with this substitute is that it will cost you more than the eggplant does. Some people find Portobello mushrooms pricey.

If you want a substitute that will add an umami flavor to your dish, green tomatoes are your best bet. Green tomatoes are readily available, you can find them in any store near you. Alternatively, you can buy them at a farmers’ market.

Green tomatoes can easily substitute eggplant. I highly recommend using them when you are making ratatouille.  The green tomatoes will give your ratatouille a varied look in terms of color, which is exactly what we are going for.

In case you do not get any green tomatoes, you can use the red ones. However, I don’t suggest doing this since they won’t give you the same results that eggplants do.

This variety of mushrooms are usually big in size. They are also quite flavorful and will add umami to your dish.

You can substitute eggplant with Shiitake mushrooms in soups, stews, and stir fry dishes. Just use the mushrooms the same way that you use eggplant. You do not have to change the technique. My best thing about these mushrooms is how easily you can incorporate them into your dishes.

An interesting fact about Shiitake mushrooms is that they have medicinal properties. Research shows that they can ease common health problems.

There are several eggplant variants that are available in the market. The good news is that you can easily substitute one with the other.

They may look or seem different, but they will definitely give you the same results. Here are some of the variants you can use instead of the eggplant you are used to.

As its name suggests, white eggplant is white in color throughout. The skin, flesh, and seeds of the eggplant are white. It comes in different sizes and shapes. The flavor of this variant is the same as that of the eggplant you are most familiar with.

You can use white eggplant in any recipe that calls for eggplant. I love using it in soups and stews because it adds a pop of white to them. You can also use it in ratatouille.

If you have come across very tiny eggplants, chances are that they were fairy tale eggplant variants.

They are the tiniest variant and they are usually purple in color.  In case you want a substitute that has the same color as eggplant, this would be ideal.

Indian eggplant is another variant that you can use.  They are tiny in size and some people call them baby eggplants. Compared to fairy tale eggplants, they have a deeper purple color and they are slightly bigger in size.

As its name suggests, Indian eggplant is a common ingredient in Indian cuisine.  It is used in curries as well as stuffing.

My favorite thing about this variant is that they withstand long hours of cooking. They do not get too mushy like the eggplant you are used to.

Okra is also a suitable eggplant substitute. Just like eggplant, it has a mild flavor. When cooked, the flavor of okra is very similar to that of eggplant.

You should keep in mind that okra releases a slimy substance when cooked. This is ideal for some slow-cooked meals.

However, it may be unpleasant in other dishes. To remedy this, soak okra in vinegar for one hour before adding it to your dish. The vinegar will draw out the mucilage.

If you want to use okra as a substitute in stir-fries, there is no need to soak it before use. Since stir-fries are cooked over high heat, the okra won’t have time to release the unwanted liquid.

In case you want to add bulk to your recipe, you can use yellow squash or Pattypan in your recipe.  Summer squash has a mild flavor which is ideal since it does not overpower the dish it is added to.

I love this substitute because it is not bitter.

In case you do not have any of the above substitutes, you can use root vegetables as alternatives.

Turnips, celeriac, and rutabagas can be used in recipes that call for eggplant. They are all readily available, so you won’t have any problem purchasing them.

I suggest using this substitute in dishes that take a long time to cook through.  This would ensure that the vegetables become soft by the time you are done cooking.

Eggplant is the kind of vegetable that you either love or hate. There is no in-between. I have come across so many delicious recipes that call for eggplant.

If you are the kind of person that does not like eggplant for whatever reason, it is essential for you to know ingredients you can use in their place.

Try using mushrooms, zucchini, okra, green tomatoes, or summer squash instead. If you love eggplant, you can use other eggplant variants like white eggplant, Indian eggplant, and fairy tale eggplant. All these substitutes can be used the same way you use eggplant.

Don’t be skeptical about trying out substitutes. They may take your dishes to a whole new level and you’ll thank me for the suggestions.

If you are like me, you grew up eating lots of pudding. Pudding is one of the most common desserts in every home because of how easy it is to whip up. It is a favorite of almost every kid, especially when served with whipped cream. When you make pudding, you may make a lot…

Powdered sugar is an important baking ingredient. It is used in icing, frosting, and baked goods in general. Powdered sugar is also used as dusting for doughnuts as well as other pastries. Powdered sugar also goes by the names confectioners’ sugar, icing sugar, and 10x sugar. This type of sugar is finely ground. Manufacturers make…

If you are anything like me, you absolutely love cheese. Not just eating it but also using it in recipes in the kitchen. Goat cheese is soft and oh so versatile. I mean, what is there not to like about cheese? Goat cheese is in most cases used for its soft creamy texture and quite…

Parsley is a common ingredient used in most, if not all households. Contrary to what most people think, parsley is not just a herb that you use to decorate food with. Parsley is a flowering plant that has several uses and health benefits. There are two main types of parsley i.e. the flat-leaf and the…