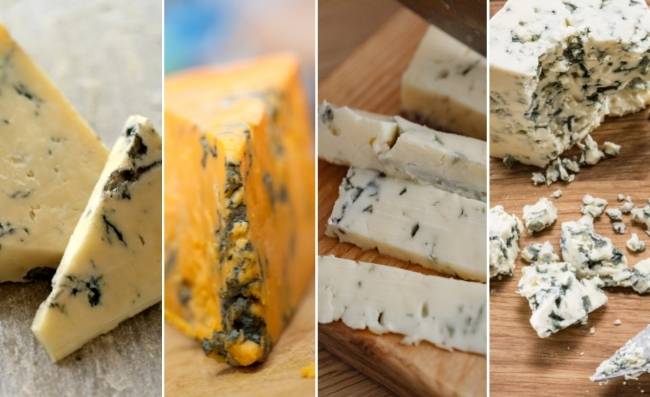 A recipe that challenges me is one of the reasons I relish cooking. When I come across a recipe that requires me to use an ingredient I have never used or heard of, I am thrilled. I want to discover the ingredients and see if I will love them.

I am not always lucky in such cases, but I always find my way around it. Thus, my experience with gorgonzola cheese. I tried it, and I loved it.

There is no going back when you make a cheeseburger with gorgonzola cheese. It melts in your mouth and feels you with joy from its mild tangy, and nutty flavor. This cheese is also perfect for pizza toppings and salads.

There are various cheeses that you can use to substitute gorgonzola cheese. They are Roquefort, Stilton cheese, Danish blue, goat cheese, Shropshire cheese, Maytag blue, and bleu d’ Auvergne.

It is a type of blue cheese that has its origins in Italy. Gorgonzola cheese might have started as an Italian cheese, but it is now produced worldwide.

Manufacturers use cow’s milk to make this cheese. They then add penicillium to help with the aging process. After the milk is curdled with a large metal, it is put into containers that give gorgonzola cheese its shape.

After a few days, the cheese is punctured a hundred times on each side. This allows oxygen into the cheese; thus, it develops its blue veins.

Gorgonzola cheese is a semi-solid or solid cheese. The state of the cheese will largely depend on its aging time. When it is just a few months old, the cheese is semi-solid. However, the more time it has taken to age, the harder it will become.

This cheese is perfect in many recipes that require you to use cheese. It is excellent in pasta, salads, cheeseburgers, soups, pizza toppings, or snacks.

As much as we may want to follow a recipe to the letter, sometimes it is impossible. We either do not like one of the ingredients, in this case, gorgonzola cheese, or we don’t have it at hand.

Regardless of the case, we have to use a substitute in place of gorgonzola cheese. Not to worry because I have you covered as I always do.

I am going to cover various gorgonzola cheese substitutes below. Let’s dig in.

The Danish blue cheese is one of the best substitutes for gorgonzola cheese. It has blue stripes embedded in the white parts of the cheese, just like gorgonzola.

If you want to replace gorgonzola with cheese of the same color, Danish blue cheese is an excellent choice.

Despite the two kinds of cheese being salty, they differ slightly in the general taste. Gorgonzola has a nutty flavor, while Danish blue is bitter. You can use it if you do not have a problem with the slight bitterness.

This cheese is a soft blue cheese like gorgonzola. It, therefore, applies in most places where you use gorgonzola cheese. It is also easier to find and buy, making it even better.

Danish blue is quite the treat when you put in soups and stews. It melts, giving your dish a consistency like no other. You can also use it when cooking pork and even beef.

Unlike gorgonzola which has its origins in Italy, Roquefort is from France. Manufacturers use milk from sheep to make this cheese. It is a worthwhile substitute for gorgonzola because they share the same texture.

This cheese is a bit creamier than gorgonzola, thus the difference inconsistency. It, however, has a close taste to gorgonzola, although it is tangier.

It is also a blue cheese, giving your dish that characteristic blue and white color. I have found that most people want a substitute that will provide the same general outlook, especially when preparing a salad.

This cheese is crumbly, just like gorgonzola when it has aged entirely. You can easily use it as a pizza topping by crumbling it on top of your pizza.

Stilton cheese is blue cheese. It’s crumbly and smooth, a characteristic shared it shares with gorgonzola. It melts when you use it for cooking. It’s also a delicacy when you eat it raw or in salads.

It is pretty famous for having a very defined flavor. In short, it is pungent and has a deep tangy taste. When using this cheese to replace gorgonzola, you should be wary of the amount. A small amount of this cheese is enough.

It will ruin your dish if you overuse it. Gorgonzola is mild, so you should use half of the amount of gorgonzola when using stilton.

Why Is My Cheese Sauce Gritty? Click to Read.

Goat cheese has a soft texture, and it crumbles easily. The texture of this cheese is the one that makes it a suitable substitute for gorgonzola cheese. It is made of goat’s milk, unlike gorgonzola which is made of cow’s milk.

Sometimes you might become accustomed to cow’s cheese so that it starts boring you. You want to replace the cheese with something with a different taste at such a point.

This cheese has a different taste than gorgonzola. It will make a perfect replacement if your interest is something different. It has a lower fat level than gorgonzola, so it is healthier.

Supposing you are an enthusiast of healthy eating, goat cheese is an excellent alternative to gorgonzola. It is also widely available, and you will not struggle to find it. You can replace gorgonzola with goat cheese in any recipe.

Shropshire cheese has the same color as cheddar cheese. It, however, has a sharp and tangy flavor like most blue cheese.

It has the exact blue veins like gorgonzola. The primary difference between the two kinds of cheese is that gorgonzola is white while Shropshire is blue.

This cheese has a very close taste to gorgonzola. It would be best if you used it to replace gorgonzola in those recipes that focus on the flavor of gorgonzola, like sauces. It also has a soft texture and is crumbly, qualities it shares with gorgonzola.

It is a satisfying pizza complement and looks amazing in salads. Despite being rarer than some other options on this list, this cheese will serve you best if you do not have gorgonzola.

It is a semi-hard cheese that people make from cow’s milk. It is a blue cheese which automatically qualifies it as an excellent substitute for gorgonzola. It has a bitter taste, but it is also nutty and very creamy.

Maytag cheese has a soft texture, just like gorgonzola. It also has blue veins, giving it the characteristic tanginess that blue cheeses have. It is crumbly and pairs rather well with pizza and salads.

It is easy to find Maytag cheese, and some of us have it in our houses already. Although it is sharper in taste than gorgonzola, you can use it in place of gorgonzola. You can pair it with honey to curb the bitterness if it is too much for you.

I could not talk about gorgonzola substitutes without talking about bleu Auvergne. It is a French blue cheese meaning it has the blue veins that other types of blue cheese have.

It has a strong, pungent smell and a sharp, tangy flavor. A well-aged bleu cheese is the best replacement for gorgonzola as its consistency matches that of gorgonzola.

Gorgonzola has a mild sharpness, unlike this cheese. So, when replacing it with bleu cheese, you can use a sweetener to curb the bitterness. However, some people are content with the bitterness and prefer eating it without the sweetener.

Gorgonzola cheese is a mildly tangy cheese with a nutty flavor. To replace it, you need a piece of cheese with the same taste, which is hard to find. This is because most types of blue cheese have a sharp, tangy flavor.

That does not mean that you cannot find substitutes for gorgonzola cheese. You can use various substitutes, but you have to tweak them maybe a bit to fit the recipe.

In case you don’t mind the tanginess, you can use them like that. I have covered these substitutes above. They are all locally available, and you should try them to find your taste. Let me know what you decide to settle on in the comments below.

I love pizza and so do most people. As a result, the pizza business has become a significant hit in the united states and worldwide.  Unless you are into healthy eating, I bet you order pizza a few times a week. For some of us, almost daily due to different reasons, mainly laziness.  If you…

Cumin is a spice from the dried seed of the cumin plant which is a member of the parsley family. It is a household staple spice used in almost all cuisines worldwide; right from Indian curries to Mexican fajitas. Its flavor can be described as warm, earthy, nutty, citrusy, and slightly peppery. It is used…

Apricot jam is a very common ingredient in several recipes.  It has several uses in the kitchen. Apricot jam is basically a jam made from apricots, pectin, and fructose. Some brands have a little bit of rum as one of the ingredients. Apricot jam is commonly used as a glaze in baked goods like pies,…

It goes without saying and is a no-brainer that since broccoli is a vegetable, it can and does go bad (unfortunately). But, if my curiosity is anything to go by, I know you still have many more questions relating to broccoli to ask. For instance, do they need to be in the refrigerator? I have…

Let’s start with the basics. What is Sambal Oelek? The word sambal refers to chili paste or chili sauce made from chili peppers. To make sambal, the chili peppers are ground and mixed with other ingredients. Loosely defined, Sambal Oelek is a raw chili paste. It is made using three main ingredients; salt, vinegar, and…