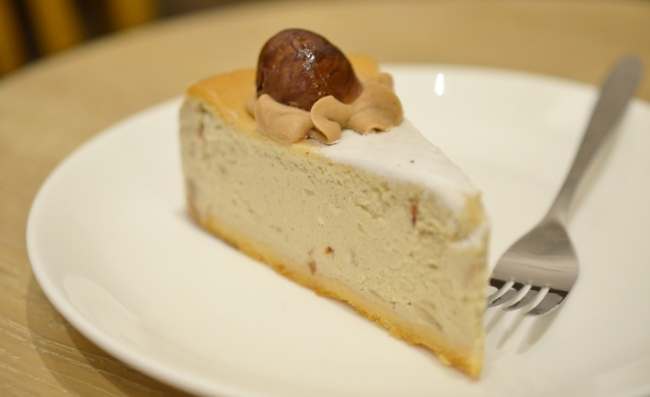 Cheesecake, although is technically not a cake, is a dessert that typically has two or more layers making up its structure or form.

These could be layers consisting of one layer of sweet softened cheese that is then mixed with sugar, some eggs, a bit of flavor.

This is then set in a pastry base which can be made up of crushed cookies such as digestive biscuits, or pastry or even sponge cake at times.

Cheesecake also generally has got to be one of the most well-known desserts all over the world. People love it for various reasons that include but are not limited to;

How long does cheesecake last?

We have noted that cheesecake has a filing of cheese and eggs. And if there is anything, we know it is that these two things do not last that long.

Because of this we definitely cannot expect cheesecake to last forever. It goes bad and it goes bad pretty fast. Typically, it lasts between five days and a week. Frozen cheesecake lasts just a few months.

Of course, depending on whether the cheesecake is store-bought or made or prepared at home and whether properly stored and in the right conditions and surroundings the length of time that cheesecake lasts varies slightly.

How long does cheesecake take to set?

Imagine this, you have baked the perfect cheesecake and decorated it just right but because of the sheer excitement of having accomplished all that, you cut into it too soon, way before it has settled and it just collapses into a big puddle. I am sure nobody wants that even for their worst enemy.

To guard against this sort of disappointment, it is best to let your cheesecake set for the required period of time.

For the absolute best results and to achieve the tastiest results in cheesecake history, it would be ideal to place your freshly baked cheesecake into the refrigerator for at least four hours at a minimum.

However, keeping it in the refrigerator through the night would bring about even better results. Remember, perfection cannot be rushed.

How to store cheesecake

This is not rocket science. Since storage is almost vital in everything, the most ideal way to store cheesecake in order to retain the freshness and quality that we have all come to love and enjoy is to stick it in the refrigerator.

This, however, should be done taking note to put in the necessary care.

If the cheesecake in question is made at home, always ensure that the cheesecake is placed on a plate or other dish that can accommodate a cake carrier or some sort of lid.

If none is available to you, you can choose to cut up the cheesecake into smaller pieces and place them in an airtight container with a lid that is properly resealable.

For the store-bought cheesecake, they oftentimes come in plastic bags and wrapping. In this case, storage depends on just how soon you intend to consume it.

If you intend to eat the cheesecake in an hour or two, then placing it on the kitchen counter will do you good.

However, if you intend to use it a little later, throw out the plastic bag or wrapping and transfer the cake into an airtight, resealable container.

Freezing cheesecake is a quick and easy process. All you need to do is have plastic wrap and freezer safe Ziplock bags.

This will go a long way in ensuring that the cheesecake stored in whichever compartment does not go bad but retains its freshness for longer and is safe for consumption even days after being made or bought from the store.

How to Defrost Cheesecake

When it comes to melting, defrosting, or thawing frozen cheesecake, there are two main options or ways to carry out this process. The first method is a fast one where an individual simply to just leave the frozen cheesecake in the refrigerator through the night before you consume the cake.

Once this is done, let it sit until it has gotten down back to room temperature. This usually takes time so patience is a great necessity.

The other method of defrosting frozen cheesecake entails typically just allowing the cheesecake to defrost or thaw while out on the kitchen counter.

This process will typically take between 4 to 5 hours for the cheesecake on the counter to completely defrost.

How to Tell If Your Cheesecake Is Going Bad

Unfortunately, there does not exist a good or certain way to tell whether cheesecake has gone bad or not.

However, there are those obvious signs, especially with the contamination that suggest the spoilage of cheesecake. As always, if there is any presence of mold growing on the surface of the cheesecake, it is not safe for consumption. Any discoloration is also a key sign of the freshness of the cheesecake.

If you take a smell of the cheesecake and it gives off an unpleasant odor as opposed to the usual creamy smell, you should just discard it.

The only downside of using these means to tell whether to consume some cheesecake is that these signs typically only start presenting two weeks after storing the cheesecake, sometimes even longer.

What this then means is that probably the safest way to go about telling whether the cheesecake is spoilt is simply to toss out any homemade cheesecake that you have stored for a period that is longer than 5 to 7 days, and the store-bought one after 7 to 9 days of storage.

Yes, this is the case and best practice even if the cheesecake looks perfectly fine.

A1 sauce is a condiment whose origin can be traced back to the United Kingdom. The first a1 sauce was manufactured in 1824, and they marketed it as a steak sauce for several years. The main ingredients used to make this sauce are; tomato puree, onions, dried garlic, salt, vinegar, food coloring, and other additives….

This is just one of those things that we always have in our kitchen or pantry and nobody remembers ever buying the bottle. And let us just talk about that name, how exactly do you even pronounce it? Anyway, you have the bottle in the house and are worried because you will not be using…

Sugar is one of those ingredients that is a necessity in the kitchen. Even when you are on a diet, you can not completely avoid sugar. We all need a little bit of sweetness in our lives. Most of the time I use sugar in baking and making sauces as well as curries. A little…