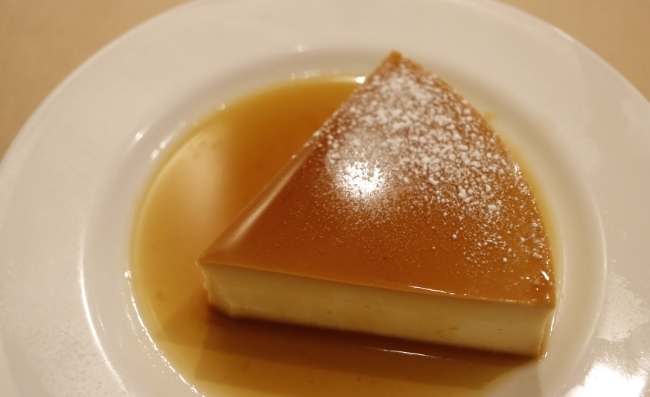 You are at the store and are on the search for the perfect brand of pudding to buy that you can eat without fear of having to deal with an upset stomach afterward. You have scoured the store and you now have two options in your hands.

Well, technically speaking, the pudding in your hands should be gluten-free, but a quick check on the ingredients will help to clear things up much faster and it is a lot easier than gambling and finding out the hard way.

Is pudding gluten-free? Essentially speaking, if your pudding is a thick, sweet dessert that seems similar to custard in its structure then it is almost certainly free of gluten.

If it just so happens to be made from bread (like the type of pudding known as bread pudding), additionally, if it looks like bread or it has any cereal grains as an ingredient then it is almost certainly not free of gluten.

So, what we are saying, in essence, is that ideally, the safest and probably wisest thing for one to do in such a case is to take a quick look at the list of ingredients on the packaging of the pudding.

You could also choose to ask someone who knows about the dish for some assistance and guidance in deciding on which pudding to go with before making your purchase.

Maybe you are like me and you often hear the term gluten being spoken about but you are not quite 100% sure what that is in the first place.

Well, do not worry, we are here to help each other out. Essentially, this thing gluten can be described as a type of plant protein that is generally found in grains such as wheat, rye, and barley. Plants use it in the natural process of storing resources for later use.

However, due to a process that is known as cross contamination, gluten may find its way into pudding. In the case of pudding, for instance, it may happen when the factory that produces the pudding also handles products with gluten in them.

Typically, what happens is that if the equipment used to make pudding with gluten is used to make the gluten free ones then some small amount of gluten may be introduced to the gluten-free pudding.

Can Eating Pudding with Gluten Make You Sick?

The short answer is that gluten like every other ingredient has different impacts on different people’s bodies. These can range from mild to severe symptoms or effects which is what draws the line between Celiac disease and gluten intolerance.

As such, factually speaking, if you eat pudding that has traces of gluten in it you may experience symptoms like diarrhea, weight loss, mouth ulcers, and seizures.

But this is only if you have Celiac disease. And, since it is typically the more severe reaction, it can lead to the damaging of the lining of the small intestines thus making it a rather serious disease.

Gluten sensitivity on the other hand will just present as mild discomfort to a person who consumes pudding with gluten in it. Its symptoms include stomach aches or cramps, nausea, and constipation.

If at all you suspect you have any of the above ailments, you should see a doctor as soon as possible for a diagnosis and a plan on how to manage the said disease or disorder in the most effective way.

Also, Click to find out: How Long Does Cooked Quinoa Last?

Technically speaking, there is no one fits all definitions when it comes to pudding. Take for instance in the United States of America, pudding usually refers to a form of sweet, thick dessert that is often made of eggs, gelatine, and various other thickening agents. You will notice that they are almost never made with any grains.

Now, in many other parts of the world, the word pudding can be used to refer to a wide variety of other dishes. These include things like Yorkshire pudding which is a British dish. This one is somewhere in between a pancake and a muffin.

We also have black pudding which just so happens to be a mix of blood and oats or barley. While some other substances referred to as “puddings” do not contain gluten, these two examples certainly do.

Click here to find: Cheap Pantry Meals You Can Make.

Have you ever sat down and asked yourself just about how many different types of pudding there are in the world today?

In case you did not know, there are over fifty types of pudding in the world in this day and age. In this article, we are going to be discussing not all of them but just a few of them.

How to Make Gluten Free Pudding at Home

Straight to the point, here is how you can make your very own cup or plate of gluten free pudding at the comfort of your own home and kitchen:

Also, Click to check out: 10 Favorite Shabbat Desserts And Side Dishes.

Semolina flour has become quite popular in the United States. Initially, it was only popular in Italy. So what is it? Semolina is a course of pale yellow flour that has a very high gluten content. Semolina is made of durum wheat. Durum wheat is a very hard species of wheat. Therefore, it has a…

There are thousands of fruit varieties that are grown all over the world. Therefore, it is understandable that you may need clarification on different varieties, especially tropical fruits. Most are familiar with a lot of tropical fruits but there are some which just don’t ring the bell. If you are here because that’s how you…

The answer to what truffles tastes like differs from one person to another. This is because each person has a different encounter with truffles. If you have dined in fine restaurants, I’m pretty sure you have seen truffles on the menu. Truffles are an exotic dish and are therefore quite expensive. A lot of people…

Thyme is a herb used in many different cuisines to add flavor. It is great on its own and also works perfectly when you blend it with other spices and herbs. It complements other herbs including rosemary, marjoram, and sage. I have never really come across anyone who is allergic to thyme. It is one…