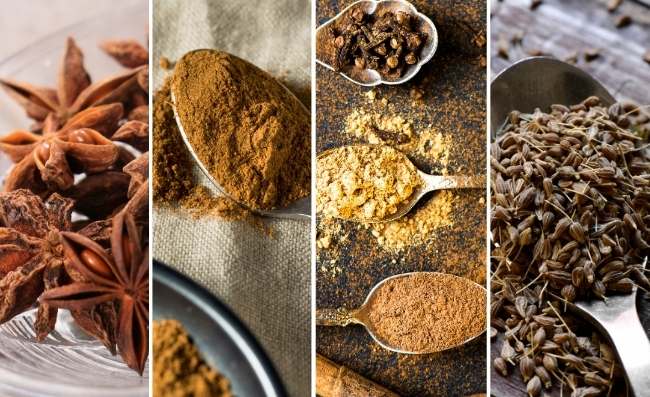 If you are reading this, you probably already know how amazing a spice star anise is. It has a licorice flavor that gives dishes an authentic flavor.

Star anise is mostly used in Vietnamese and Chinese dishes.

A lot of people confuse star anise with anise seed. However, they are from entirely different plants even though they both have that licorice flavor.

Unfortunately, star anise is a bit expensive compared to other spices, and it may also be a bit difficult to find.

For this reason, there is a need to know a few good substitutes for star anise, just in case you ever need to substitute it with something else.

So in case you have been wondering what a good substitute for star anise is, you have the answer.

I’ll get into the details of the substitutes in a bit. But first, let’s educate ourselves a little bit about star anise. The only way you can choose a great substitute is by figuring out what kind of flavor you are going for.

Star anise is a star-shaped dark brown fruit that has small seeds in each of its eight segments. Most people harvest star anise right before it ripens and dries. That way, it retains its natural aroma and flavor.

Star anise has a powerful aroma. It also has licorice and nutty flavor. When substituting star anise with something else, your best bet would be something that has a licorice flavor.

Because of its strong flavor, it is important not to add too much star anise into your dish. If you do, your dish will end up having a pungent flavor and aroma as the star anise will overpower it.

Star anise is commonly used as an ingredient in noodles, soups, and braised pork among many other dishes.

Any dish that has star anise in it always has an authentic flavor that is to die for. Some people also use star anise to add flavor to their jams and fruit compotes.

Where To Buy Star Anise

You can find star anise in any Asian market close to you. If you are lucky, you might even find it in your local grocery store.

Alternatively, you can just order it online as some vendors always have it in stock.

Also, Click here to check out Substitutes For Parsley.

Star anise is a great spice, but let’s face it, it is so damn hard to find. I do not live close to an Asian market, so any time I run out of star anise, it takes some time before I can stock up again. But this does not mean I cannot enjoy my favorite Chinese and Vietnamese dishes.

There are several spices that can substitute Star anise. I did a little bit of research and a lot of experimenting before coming up with these substitutes.

Believe it or not, these substitutes can easily pass for star anise when used in the right dish and using the right amount.

Out of my many experiments, I concluded that these are the best substitutes for star anise simply because of the flavor they added to my dishes.

Chinese five star spice is arguably the best substitute for star anise. This is because it actually contains star anise in it.

The Chinese five star spice powder is basically a mixture of several spices, but star anise is the most pronounced spice of all the spices. The other spices just complement star anise.

These spices are normally mixed together to form the Chinese five star spice powder.

Using Chinese five star spice powder as a substitute for star anise is one of the best decisions you can make because you will actually improve your dish with the other spices in the background and still have that licorice flavor that you are going for.

Chinese five star spice powder has always been my go-to substitute whenever I don’t have any star anise in stock.

As we said earlier, a lot of people tend to confuse anise seeds with star anise yet the two are from different plants. All in all the flavor of anise seeds is quite similar to that of star anise. They both have that licorice flavor that is loved by many.

All in all the flavor of anise seeds is not as strong as that of star anise. For this reason, you may have to use a little bit more anise seeds to achieve the flavor you would have gotten if you used star anise.

Ground cloves are yet another amazing substitute for star anise. Cloves do not exactly have the licorice flavor that star anise has. However, it adds some sweet and bitter notes to your dish that is simply amazing.

Ground cloves work better as a substitute when mixed with cassia bark powder. The flavor may not be as strong as that of star anise but it comes pretty close.  You may have to use a little bit more than what the recipe requires to achieve a flavor similar to that of star anise.

For every teaspoon of star anise that your recipe calls for, use two teaspoons of ground cloves mixed with cassia bark powder.

I recommend using cloves as a substitute for star anise in meat dishes. You will definitely love the outcome. You can also use them as a substitute to preserve your homemade jams.

The two flavors combined make for a great substitute because there is a perfect balance between the sweet and licorice flavor.

Both fennel seeds and anise seeds have a mild flavor compared to that of star anise. For this reason, you will have to use more of it to achieve a star anise flavor.

For every teaspoon of star anise that your recipe calls for, use one and a half teaspoon of fennel seeds mixed with anise seeds.

I recommend using this substitute in dishes that require you to use whole star anise.

The combination of caraway seeds and tarragon makes for a great star anise substitute. However, it is important to note that caraway seeds have an extremely strong and bitter flavor that may overpower your dish when used in excess, so always use it in moderation.

When mixing the seeds with tarragon, start by using a small amount and add little by little until you achieve the flavor that you desire.

The mixture of caraway seeds and tarragon will give you a licorice flavor that is similar to that of star anise.

For every teaspoon of star anise that your recipe requires use half a teaspoon of the caraway seeds and tarragon mixture.

I recommend using this substitute for meat dishes and soups.

What is a Suitable Tarragon Substitute? Click to learn.

What else can you use other than the above mentioned substitutes?

Allspice can also act as a substitute for star anise. The only deal breaker with allspice is that it does not have the licorice flavor that star anise has.

However, allspice blends in perfectly with dishes that require you to use star anise. If you don’t have access to any of the above named substitutes then you can try using allspice and decide whether you like it or not.

Star anise is and will always be a great addition to several dishes. However, once in a while we may need to substitute it with something else. Get out of your comfort and try these substitutes.

Rosemary is a very common ingredient. A lot of people use this versatile herb in lamb, pork, chicken, and shellfish dishes. It is also used in sauces, marinades, and salad dressings. Rosemary complements herbs like thyme, chive, and parsley. Rosemary has a distinct flavor that a lot of people appreciate. Unfortunately, it can be a…

For some strange reason, every time I think of strawberries my mind goes straight to those cheesy scenes in movies where the couple is feeding each other chocolate-covered strawberries. You know those cheesy clips, right? Unfortunately for us, when it comes to strawberries, they tend to go bad really fast. This suggests that when you…

I got the idea of coming up with a list of pantry staples that I can make from my mom. She always had a list of meals she can make from what was in the pantry. I didn’t understand it then, but when I got married and had kids of my own, I appreciated it…