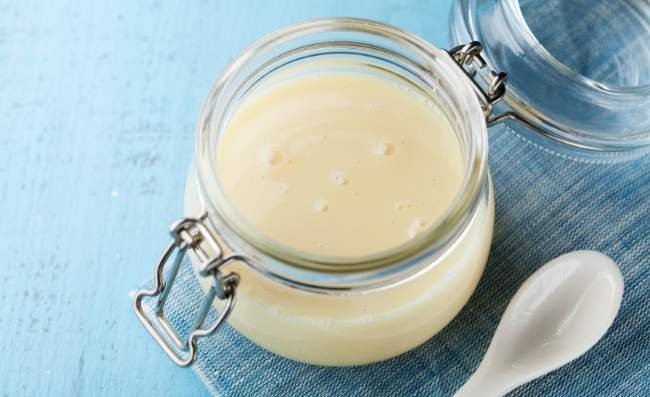 Evaporated milk is a type of concentrated milk. 60% of the water content of the milk has been removed.

Evaporated milk does not contain any sweeteners. Once the water content of the milk is removed, they homogenize, package, and sterilize it.

Evaporated milk is usually dense and creamy. It is high in protein. Once packaged, it stays fresh for several months. The milk usually has a darker color compared to normal milk. This is because of the heat used during processing.

There are several recipes that call for the use of evaporated milk. What do you do when you want to prepare a meal that needs evaporated milk yet you do not have any in the house?

How long does milk last? Click here to learn

There are a few substitutes and replacements of evaporated that can save the day. You can even make your own evaporated milk if you feel motivated enough.

Others may be lactose intolerant and using evaporated milk gives them stomach upsets. Some are vegan, some are trying to lower their calorie intake, and others are just trying to reduce their protein intake.

Depending on the category you are in, you can substitute evaporated milk with the following.

A lot of the substitutes require that you reduce the water content in them, which is not hard to do.

The substitute you choose depends on your personal preference and the taste you would like to achieve in your dish.

Alternatively, you can simply use regular milk to make your own DIY evaporated milk. It is relatively easy to make.

To make 1 cup of evaporated milk, you will need 2 and ¼ cups of regular milk. Simply heat the regular milk over medium heat and let it simmer as you stir continuously. Do this for approximately 10 minutes. When the milk reduces in volume by slightly more than a half, your evaporated milk will be ready for use.

If you are lactose intolerant, you can use lactose-free milk to make the evaporated milk. The method is exactly the same. Lactose-free milk contains lactase which will enable you to break down the sugars thus you will not have any stomach upsets.

For this reason, it has a higher calorie content and is much thicker than evaporated milk. Using heavy cream as a substitute for evaporated milk will give you richer results.

You can use heavy cream as a substitute in both sauces and baked goods.

This is a mixture of heavy cream and milk in the ratio 1:1. The end result usually has a creamy consistency that is quite similar to that of evaporated milk.

Half and half has a lower fat content compared to heavy cream so it is definitely a better option for those that are trying to lose weight.

Half and half also has a lower protein and sugar content. Anyone on a low-protein diet can use it instead of using evaporated milk.

Can You Freeze Ricotta Cheese? Click To Find Out.

Powdered milk can also be used as a replacement for evaporated milk. Powdered milk is made by dehydrating unpasteurized milk until it is completely dry, thus making it last for a much longer period.

You can add water to powdered milk to make regular milk or use it as a dry ingredient in specified recipes.

Coconut milk is one of the few substitutes that can replace evaporated milk on a 1:1 ratio. The milk is made from freshly grated coconuts. It is usually full of flavor which makes it a perfect substitute for evaporated milk.

This milk does not contain any dairy thus it’s perfect for vegans and those that are lactose intolerant. However, it has a high-calorie content thus making it unsuitable for anyone trying to reduce his calorie intake. Coconut milk has several health benefits.

When substituting evaporated milk with coconut milk, keep in mind that it has a distinct flavor that may work for certain recipes and may not work for others. I highly recommend using it as a substitute in sweet dishes.

While using coconut milk, there is no need to heat it to reduce its water content.

This milk is made from nuts like almonds and cashew nuts. Nut milk has low protein and calorie content. It is a perfect substitute for those on a low-protein diet.

Cashew nut milk is perfect for both sweet and savory dishes. On the other hand, almond milk is only good for sweet dishes.

Unlike coconut milk, nut milk has to be heated to reduce its water content and make it more similar to evaporated milk. It may not be as thick as evaporated milk but it works just fine.

Soy milk is made from dried soybeans. This milk is plant-based and does not contain any dairy.

To use it as a substitute, you need to heat it to reduce its water content and make it have a thicker consistency than it usually has.

You can use soy milk as a substitute in any dish. It may have a slightly different taste but you may not even notice it.

Oat milk is made from oats and water. It is relatively easy to make and you can make your own by simply blending oats and water. Alternatively, just buy it from the store.

Just like nut milk, you will have to heat it to get a consistency that is similar to that of evaporated milk. Oat milk contains fiber and has several other health benefits. It aids in proper digestion.

You can use oat milk in both sweet and savory dishes. It does not have a distinctive taste thus it is a perfect substitute for evaporated milk.

Rice milk is made from rice. It is a non-dairy substitute perfect for vegans and those allergic to dairy. Heat the rice milk to achieve a thick consistency and make it a better substitute for evaporated milk.

Rice milk is a bit sweeter compared to evaporated milk. I highly recommend using it in sweet dishes like desserts and pancakes. It may not work as well in savory dishes.

Rice milk also has several health benefits since it has low fat and protein content. It is great for anyone trying to lose weight.

You can make flax milk by blending flax seeds with water. It is relatively easy to make. The best flax milk is the one you make at home.

Flax milk does not have any distinct flavor making it one of the best substitutes for evaporated milk. It also has a lot of health benefits because it contains omega-3.

Its low-calorie content also makes it perfect for anyone trying to lose some weight.

Hemp milk is a plant-based substitute made from seeds of the hemp plant. Although hemp is a variety of cannabis, hemp milk does not have any side effects similar to that of marijuana.

Hemp milk is high in protein. It also has a creamy consistency thus it is a great substitute for evaporated milk.

You should heat the hemp milk to get even better results when you are using it as a substitute.

Those are some of the best substitutes for evaporated milk.