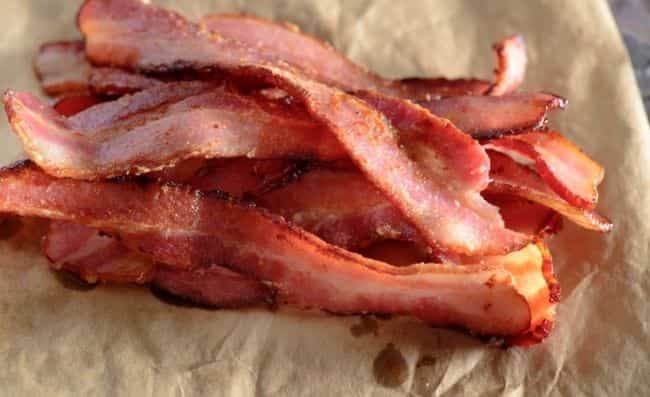 So what do you do when you cook a large batch of bacon and have some leftovers after a big family breakfast? Do you leave it at room temperature until you are ready to eat it again, or do you have to refrigerate it? Does cooked bacon need to be refrigerated?

Everyone that knows me knows that I love bacon. Bacon is quite versatile, and it can be used in a variety of dishes.

In this article, we will discuss everything you need to know about cooked bacon. Read on.

Do you need to refrigerate cooked bacon?

A section of people claims that there is no need to refrigerate cooked bacon. However, I recommend refrigerating cooked bacon if you won’t eat it in several hours.

Bacon contains sodium and nitrite that act as preservatives. Additionally, cooked bacon does not hold moisture, which makes it difficult for bacteria to survive. This explains why bacon has a longer shelf life compared to other meat varieties.

Note that the added preservatives do not necessarily make bacon stable at room temperature.

They simply aim to prolong bacon shelf life. Therefore, you should treat bacon the same way you treat any other meat to avoid food poisoning.

You should also know that bacon contains a lot of fat which tends to go rancid quickly when you leave it at room temperature. Refrigerating cooked bacon ensures that the fat does not go rancid too quickly.

Also, Read on: Does bacon grease go bad? How to Properly Store it

How long can you let cooked bacon sit out?

The recommended maximum time you can let bacon sit out at room temperature after cooking is two hours. After two hours, the risk of bacteria growing on the bacon significantly increases.

Bacon has several other preservatives, so it can sit out for a few hours longer without going bad. However, there is no need to gamble with your health.

As soon as you are done eating and you have bacon leftover, place it inside your refrigerator.

How long does cooked bacon maintain its quality when stored in the refrigerator or freezer?

However, if you buy dry-cured or shelf-stable bacon, you can store it in your refrigerator for up to 10 days.

Ensure that you pack the bacon in an airtight container or Ziploc bag before freezing.

Cooked bacon, when properly frozen, can last for 2-3 months. However, you should know that the longer you freeze bacon, the more its quality deteriorates.

Be on the lookout for any signs of spoilage before eating bacon you had stored in your refrigerator or freezer.

How long does deli meat last? Click to Read.

How to freeze cooked bacon

For bacon to last for longer than five days, you have to freeze it.

Here is how to properly freeze cooked bacon.

How to thaw frozen bacon

You need to thaw frozen bacon before reheating it.

You can thaw frozen bacon; in the refrigerator, in water, and in the microwave.

Thawing frozen bacon in the refrigerator

To thaw bacon in the refrigerator, simply place the bacon inside your fridge and leave it there overnight or until it thaws completely.

This process may be a bit slow, but it is the safest option. By doing so, you do not expose the bacon to drastic change.

If you use this method to thaw frozen bacon, you can leave it in the refrigerator for up to another four days.

If you want to thaw bacon faster, you can thaw it in water. Before placing the bacon in water, ensure that it is in a leak-free package.

The package will protect the bacon against bacteria in the water or the environment in general.

When you thaw bacon in water, it is important that you reheat it immediately after it has thawed completely.

Thawing frozen bacon in the microwave

You can also thaw frozen bacon in the microwave. Note that although this process only takes a few minutes, the exposure to high heat may start cooking some parts of the bacon.

Additionally, it would be best not to let the bacon sit out after it has thawed. Instead, reheat or cook it immediately.

Once you have thawed bacon using any of the methods discussed above, do not leave it at room temperature. Additionally, you should know that you can’t return the bacon to your refrigerator if you thawed it in water or the microwave.

How to reheat bacon

There are three ways you can reheat bacon; in your oven, in the microwave, or on the skillet.

Here is how to do it.

If you plan on reheating a big batch of bacon, this should be your go-to method.

Place the bacon on a foil-lined baking tray, preheat the oven to 350 degrees, and then place the tray in the oven. If you don’t want your bacon to be too crispy, place another foil on top of the bacon.

The bacon will be properly reheated after 10 minutes.

If you are in a hurry, you can reheat your bacon in the microwave.

Microwave the bacon for 10 seconds. Note that bacon reheated in the microwave crisps up rather quickly, so eat it as soon as possible.

To reheat bacon on a skillet or cast iron, heat the skillet on medium heat, then place your bacon strips once the pan has warmed up.

Note that the bacon strips cook in their juices, so there is no need to add oil to the skillet.

Heat both sides of the bacon for 1-2 minutes.

Although cooked bacon is unlikely to go bad when stored in the refrigerator due to the low moisture content and high sodium content, it may go bad if you store it here for more than the recommended number of days.

Additionally, its fat may go rancid and make it unpleasant to eat. Bacon that is left at room temperature can easily go bad.

Signs that your bacon has gone bad

If you mistakenly let cooked bacon sit out for several hours, you may wonder whether it is still safe to eat.

In some instances, bacon would still be safe to eat even if it sits out overnight, but in others, it may go bad faster.

Before eating the bacon, you need to inspect it for any signs of spoilage. While doing so, trust your senses because they never lie.

Here are a few signs that your bacon has gone bad.

When bacon starts going bad, it gives off an unpleasant sour odor. If you notice that your bacon has a weird smell, it is time to throw it out.

Bacon develops a slimy texture when it goes bad. So if your cooked bacon has any slime on it, it has definitely gone bad.

Spoilt bacon usually turns green or grey. If you notice this color change, discard the bacon.

Mold or black spots are a clear indication that the bacon is no longer safe to eat. Don’t try to salvage it by removing the parts where mold has grown.

What happens when you eat bacon that has gone bad?

If you eat bacon that has gone bad, you are likely to get sick. You can easily get food poisoning.

The signs of food poisoning from eating bad bacon can manifest immediately after eating it or several weeks later.

You can also experience diarrhea, nausea, vomiting, and dehydration when you eat bad bacon because it causes digestive problems.

Note that spoilt bacon is likely to contain parasites like trichinosis, tapeworm, and toxoplasmosis. Additionally, it could be the source of bacteria like Yersinia and salmonella.

It would be best if you discarded bacon that exhibits any signs of spoilage. 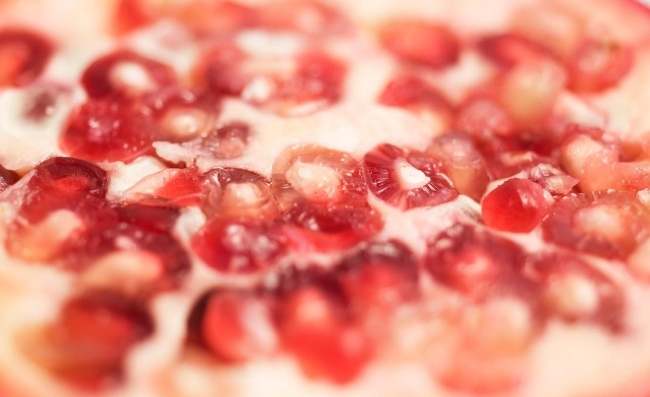 This beautiful red fruit usually has seeds that are sometimes referred to as arils inside them that contain sweet, juicy nectar. Most pomegranate fruits will have deep ruby red seeds or arils however, sometimes you will come across some that are pale pink or even white at times. Like any other fruit, once you cut… 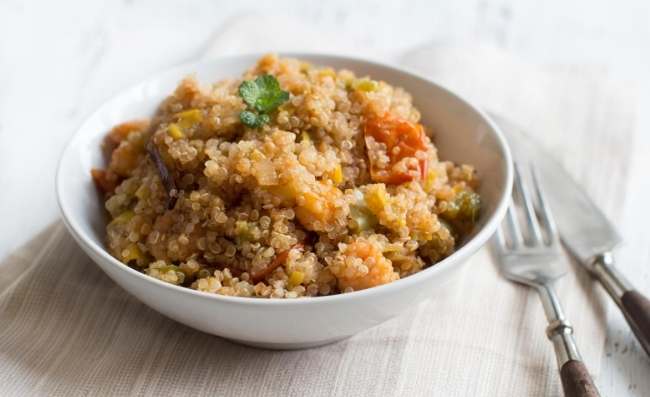 You probably know quinoa as the most popular alternative to rice and cereals that is gluten free in use in most kitchens in this day and time. Fun fact is that quinoa is actually a seed as opposed to being a grain. Since it is something that is relatively new in our kitchens and pantries,… 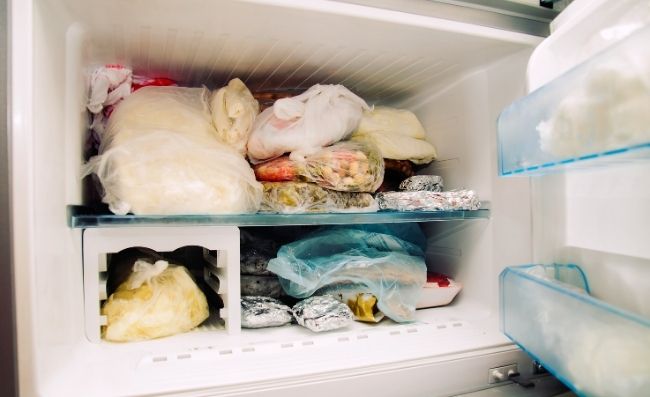 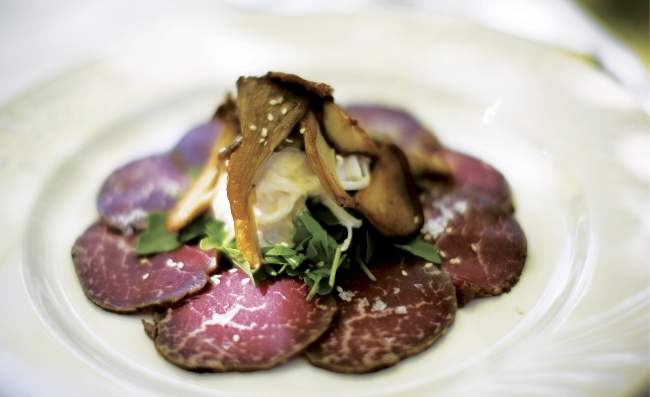 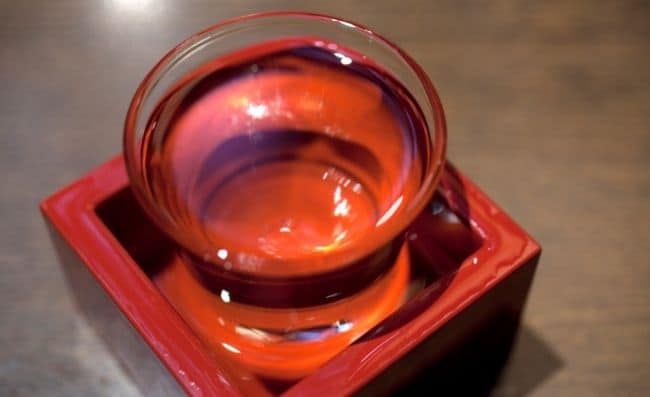 Sake is a Japanese wine that is commonly known as nihonshu. Manufacturers make it using fermented rice.  In Japan, sake is a popular ingredient in most households. Most people serve it on special occasions. Sake has also gained popularity in the United States and is available in most restaurant menus. Sake is quite versatile. You can drink… 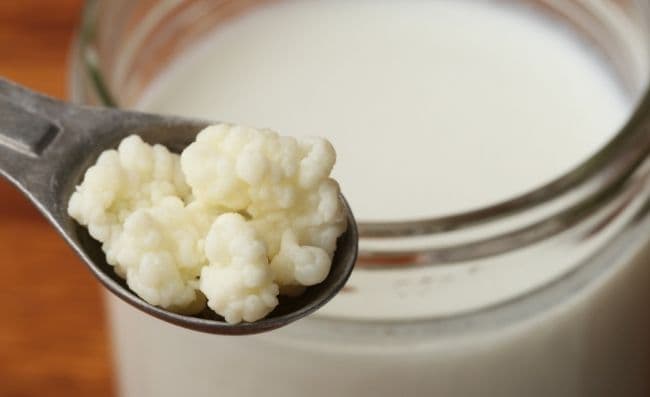 Kefir is a popular dairy product that is lauded for its numerous health benefits. Most people drink kefir because it has probiotic properties that regulate digestive functions and enhance their immune system. Manufacturers make kefir by fermenting milk with kefir grains. Kefir grains are live creatures that advance the development of probiotics and healthy bacteria….