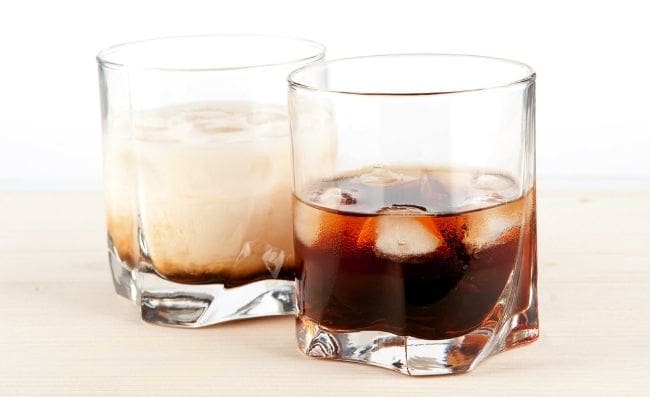 Kahlua is a famous coffee liqueur used all over the world. You can either drink it as it is or add it to your beverages, especially cocktails.

Most people like Kahlua because it has a relatively long shelf life since it contains alcohol that prevents bacterial growth.

Like most liqueurs, you may take a long time to finish a bottle since you probably won’t use it too often. If you’ve bought a bottle of Kahlua and want to extend its shelf life, you may ask yourself, “Does Kahlua freeze?” The answer is simple. Kahlua does not freeze well because of the ingredients used to make it.

When you freeze Kahlua, its quality, texture, and flavor change. Therefore, it would be best to store it at room temperature or refrigerate it.

This article will discuss important details about Kahlua, including its uses, storage, shelf life, and signs of spoilage.

We will also explain why you can’t freeze Kahlua and what would happen if you drank old Kahlua. Read on.

Can you Freeze Kahlua?

Most food items last for much longer when frozen. Unfortunately, this is not the case when it comes to Kahlua.

Kahlua does not freeze well because it has coffee and sugar as part of its ingredients.

When frozen, Kahlua hardens and becomes hard to pour even after thawing. Freezing also alters its quality and flavor. Therefore, I don’t recommend freezing Kahlua.

The only time you may put Kahlua in the freezer is if you want it to chill in just a few minutes. Even so, it should not be there for longer than half an hour. If it stays longer than that, its texture will change.

Kahlua has several uses, and most people use it as an ingredient in various beverages.

If you live the flavor of Kahlua, you can drink it as it is on the rocks or add it to your cup of coffee.

If you have not opened your bottle of Kahlua, store it in a dry and cool place. Both the cellar and pantry are ideal storage places.

You can also store it in your kitchen cabinet as long as the cabinet is not right above your oven.

Remember to refrigerate it a few minutes before serving because Kahlua is best served chilled.

Refrigeration is not necessary if the bottle is unopened, but you can still store Kahlua in the refrigerator if you so wish.

Once you open the bottle, the storage rules are pretty much the same. However, you must reseal the bottle with its original cap after every use.

Refrigeration isn’t a must even with the opened bottle, but it would be best to store it in the refrigerator if you use it frequently. Otherwise, store the bottle in a cool and dry place.

Compared to other base spirits like whiskey and vodka, Kahlua has a short shelf life. However, its shelf life is not so short either.

To figure out how long your Kahlua will last, you need to know its production date. You’ll find it at the back of the bottle, on the bottom edge.

Original Kahlua lasts for up to four years past its production date—flavored Kahlua and ready-to-drink mixes last for two years and one year, respectively.

Although Kahlua doesn’t necessarily go bad after the dates stated above, its quality deteriorates significantly, so it is no longer as flavorful or pleasant to consume.

Note that original Kahlua may still be safe to consume for up to 6 years past the production date, but it would be risky to consume flavored Kahlua a year past the recommended date.

Additionally, you should know that Kahlua’s quality deteriorates at a faster rate once you open the bottle. Therefore, I don’t recommend storing an opened bottle of Kahlua for too long. If possible, use it within six months of opening for the best quality.

Signs that Kahlua has gone bad

The chances of Kahlua going bad when you have stored it properly, and it is not yet four years past the production date are very minimal.

This notwithstanding, you may still be in doubt as to whether it is still safe to consume when you have stored it for an extended time.

Here are a few signs that Kahlua has gone bad and is no longer safe to consume.

Generally, Kahlua has a robust and pleasant aroma. If you sniff your Kahlua and notice that it has no smell or has a weird smell, the chances are that it is spoilt. Discard it and buy another bottle.

Kahlua should have a clear dark color. If you notice that its color has changed, it has gone bad, and you should discard it.

Kahlua should taste delicious. If it tastes bland, it is spoilt, and you should throw it out.

The presence of mold is an indication that your Kahlua is no longer safe to consume. Check the bottle and the surface of your drink for any signs of mold growth before using it.

What will happen if you drink old Kahlua?

Old original Kahlua will not necessarily make you sick, but its flavor won’t be pleasant. You can consume original Kahlua for up to four years past its production date, but its quality won’t be as good as it was initially.

On the other hand, drinking old flavored Kahlua or old ready-to-drink mixes is relatively risky, especially if the Kahlua is past its expiry date.

Note that flavored Kahlua and ready-to-drink mixes contain additional ingredients, including dairy products which can spoil quickly. Therefore, it would be best if you used it before its best by date.

Kahlua is a fantastic drink. You can enjoy it as it is or add it to your favorite beverages. It would be best if you stored Kahlua in a cool and dry place.

The pantry, cellar, and kitchen cabinet are ideal options. You can also refrigerate it if you so wish, but refrigeration is not necessary. Don’t freeze Kahlua because its texture, flavor, and quality will be affected.

I hope this article helped answer your question of whether or not you should freeze Kahlua.

If you are a wine lover, you have most likely come across vermouth. Vermouth is a type of fortified wine that you use to make a cocktail. Vermouth contains a distilled spirit. Just like any other wine, there are two types of vermouth. There is the sweet vermouth and dry vermouth. Sweet vermouth is usually…

Let me tell you a really quick story about tea that I actually heard from a friend of mine. Apparently, according to an old adage, tea was first discovered to exist in the years Before Christ. The discovery was made when an Emperor in China, Shen Nong, was boiling some water to drink. As he…

Potatoes have always been a staple in my home. I believe they are a staple in many other homes as well. They are affordable delicious and quite versatile. I always say that potatoes never get the credit they really deserve, they should get more credit. They make every meal better. I am a great potato…