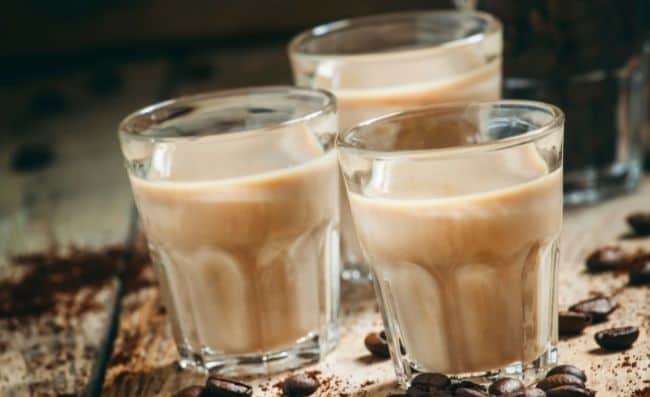 Rumchata is a cream liqueur that contains cinnamon and vanilla flavoring. It is creamy and smooth with just the right amount of cinnamon.

Although the cream somewhat softens the rum used to make rumchata, it has a distinct alcohol taste.

Rumchata is a versatile drink. You can drink it as it is on the rocks or use it in dairy cocktails. You can also use it to substitute other cream liqueurs or use it as a creamer.

If you just bought a bottle or have had one sitting in your pantry for a while, you may wonder, does rumchata go bad? The answer is simple. It is unlikely that rumchata will go bad due to the ingredients manufacturers use to make it.

Still, there are instances when it may go bad, especially if you don’t store it properly or store it beyond the recommended storage period.

This article discusses how to store rumchata, its shelf life, and freezing and how to thaw it properly. We will also look at a few signs that indicate rumchata is no longer fresh. Read on.

How to Store Rumchata

It would be best if you stored rumchata the same way you store other rum-based beverages. The most important thing to note is that you should keep it far away from any heat source and at room temperature or below room temperature.

It would help if you also sealed the bottle tightly at all times. This way, it won’t become oxidized, and consequently, the liqueur won’t be susceptible to mold growth.

Although rumchata is a cream liqueur, you don’t necessarily have to refrigerate it, even after opening it. Therefore, if you leave the bottle on your kitchen counter, you don’t have to worry about it going bad.

As discussed above, you can store rumchata at room temperature, whether it is opened or unopened.

If unopened, a bottle of rumchata would last for several years stored at room temperature. When opened, the rumchata will retain its good quality for 12 months.

Rumchata Shelf Life In The Fridge

Refrigerating rumchata is unnecessary since it already has enough preservatives, but if you like serving your rumchata cold, you are free to store it in the fridge.

The rumchata must be at a consistent temperature while in the fridge because if it isn’t, its taste will be altered significantly, and it may go bad.

Rumchata Shelf Life In The Freezer

Freezing rumchata is an option if you want it to last indefinitely.

Note that although the rumchata will last for a long time, its consistency may change significantly.

To get the best out of freeing rumchata, freeze the liqueur in ice cube trays. This way, freezing won’t entirely ruin its flavor and consistency.

How To Properly Freeze Rumchata

You can freeze rumchata to extend its already long shelf life. To freeze, first, transfer the liqueur into ice cube trays.

I don’t recommend freezing rumchata in its bottle because it will likely explode and mess up your freezer. Therefore, freezing it in ice cube trays is ideal.

Place the ice cube trays in your freezer and let the liqueur freeze. Your freezer needs to be at a constant temperature at all times for the rumchata to freeze properly.

Before using frozen rumchata, always check for mold growth or freezer burn. This way, you can be sure that it is still safe to consume.

How To Thaw Rumchata

When it comes to thawing rumchata, you have two options. You can either thaw it in the refrigerator or at room temperature.

To thaw rumchata in the refrigerator, remove it from the freezer, and place it in the fridge overnight. It would have thawed entirely by morning.

Alternatively, place the rumchata on your kitchen counter, but ensure it is away from direct sunlight. The liqueur will warm up and eventually thaw.

Signs That Rumchata Is No Longer Fresh

Manufacturers claim it is unlikely rumchata will go bad before you use it. However, if you have stored it for an extended time, it is best to check for any signs of spoilage before drinking it.

If you had not opened the bottle and the drink seems perfectly fine, the liqueur is safe to drink. Note that rumchata stored for a long time may not be as tasty as it should be, but it would still make for a decent drink.

If you have already opened the bottle, check for any of the following signs of spoilage: –

If your rumchata doesn’t have any signs of spoilage but is no longer as tasty as it used to be, use it in hot drinks or cocktails.

You can also add some vanilla or cinnamon to spice it up. The spices you add will go a long way in masking the bland taste.

It is unlikely that rumchata will go bad. Most manufacturers argue that there is no way rumchata can go bad before you use the bottle.

However, there are instances when rumchata can go bad. Check for the signs of spoilage we discussed above if you are unsure of its quality.

Pickles are delicious. They make for a delightful snack whether you eat them as they or place them in your sandwiches or burgers. I am tempted to say that pickles are my favorite toppings on cheeseburgers. They add a mildly sour and spicy flavor to the burger thus enhancing its flavor significantly. I don’t know…

Typically, sour cream is made by allowing the cream that has been taken off the top of milk that has been left to be fermented at moderate or normal temperature. Similarly, it can also be made through souring pasteurized cream using acid-producing bacteria. Sour cream is just one of those ingredients that you can find…

Salmon is one of the world’s healthiest foods. Not only is it tasty but just like any other white meat, eating Salmon is one of the simplest and best ways to improve your health and provide your body with crucial nutrients. Salmon supplies minerals such as zinc, phosphorous, iron, and niacin as well as vitamins…

When I first thought of canning to preserve my food, I felt so intimidated. It felt like a complex process that needed a lot of time and energy but I am always up for a challenge. So I started doing my research on canning food preservation ideas. Water Bath Canning Hacks. Click here to read….

Soy sauce is an interesting ingredient. You can use it as a marinade for your meat dishes and also as an ingredient in your salad dressing. Soy sauce is made from wheat and fermented soybeans. There are different types of soy sauce in the market, the most common ones being dark soy sauce and light…