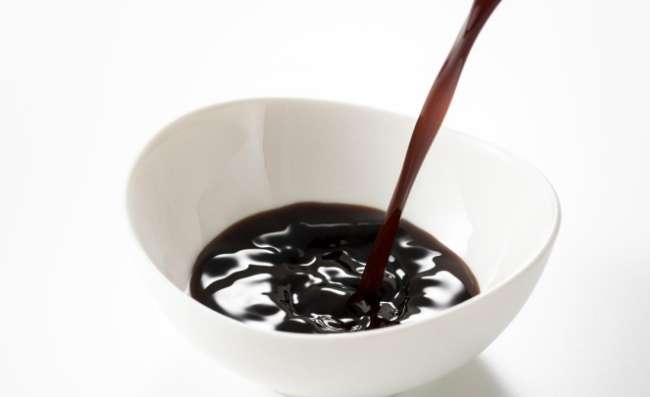 This is just one of those things that we always have in our kitchen or pantry and nobody remembers ever buying the bottle.

And let us just talk about that name, how exactly do you even pronounce it?

Anyway, you have the bottle in the house and are worried because you will not be using it soon and you do not know whether it goes bad as fast as milk or if it lasts as long as salt or if it even goes bad in the first place.

Well, in this article, we will go the whole nine yards.

We will explore what exactly this mystery sauce is, how you can use it in your meals, how you ought to store it to avoid it going bad even faster, and how to tell whether it has gone bad to help us steer away from the consequences of eating bad food.

Does Worcestershire Sauce Go Bad? Strictly speaking, even after much research, there is still no good or proper way to determine just how long the Worcestershire sauce will last.

This is because it does not, dare I say, really go bad. The quality of the Worcestershire sauce is what just generally degrades very slowly with time.

What this means that, even though Worcestershire sauce will not necessarily go bad, it will keep having a decrease or fall in its quality up to a point where it just will not taste as good as it was fresh, nor bring the twist that it offers to meals when it is used in their preparation.

This will keep happening over the years up to a point where you will find yourself with no option but to throw it out because it is just not ideal for use anymore.

How long does Worcestershire sauce last for?

This date is usually the manufacturer’s estimation as to when the Worcestershire sauce will contain its quality.

An unopened bottle of Worcestershire sauce can typically last if stored properly, in the pantry for a period of up to five years (crazy, right?).

The general consensus on opened bottles of Worcestershire sauce is that they can remain in mint condition for a period of one year if left on the pantry and a period of between two and three years if well-kept in the refrigerator.

It should be noted that the length of the stay will be dependent upon the brand of Worcestershire sauce that you have, the ingredients that make it up, and how you like to enjoy the taste.

What exactly is Worcestershire sauce in the first place?

We could choose to delve into the history of Worcestershire sauce, explaining its English origins and just how many people have tried to replicate the original recipe.

But when it comes to history, the only thing you really need to know is that this sauce was first made by the company Lea & Perrins in a region known as Worcester in England. In the early 19th century, an English nobleman hired two chemists to recreate a sauce he tasted while traveling through India.

The resulting concoction that they came up with was rather unpalatable, so the chemists decided to leave the concoction in a basement only for it to be discovered several years later. Somehow over time, the concoction had matured and become delicious.

It is flavored with anchovies (which add umami or make it savorier), molasses, tamarind (to give the Worcestershire sauce its unique flavor), onion, garlic, and various other seasonings.

It is a plus that Worcestershire sauce also comes in many varieties that allow it to be gluten-free and safe or proper for use by vegetarians and vegans as well as low in sodium.

It is the perfect ingredient to add to your food to take your taste buds on a culinary adventure. One could even say that Worcestershire sauce is the kitchens best kept secret.

How do you properly store Worcestershire sauce?

You have just gotten home from the store or farmers market with a bottle or two of Worcestershire sauce and you are certain that you will not use it all in one meal. Typically, Worcestershire sauce ought to be stored in the same manner that you store other food items or sauces that are rich in sodium. These include sauces like soy and ketchup.

What this means is that any unopened bottle of Worcestershire sauce should be stored in a cool and dry place that is away from direct sunlight and fluctuation in temperature, preferably in the pantry.

Once the bottle is opened, things change up a bit with it being stored in the refrigerator or on the kitchen counter but for a limited amount of time only.

It is important that you remember to keep your bottle of Worcestershire sauce tightly sealed in order to avoid any air getting into the container which will then cause the spoiling process to start and be even more accelerated.

How can you tell if Worcestershire sauce is bad?

Sure, Worcestershire sauce can last indefinitely due to the high level of preservatives already present in it as ingredients but accidents can happen in storage that can lead to the Worcestershire sauce getting contaminated and thus bad and unfit for human consumption and use.

Because of this, it would be wise to do a quick examination of your Worcestershire sauce before you pour it into a salad or meat.

The best way to tell if your Worcestershire sauce has gone bad is to rely on your nose and eyes, that is your sense of smell and sight.

Give the Worcestershire sauce a quick sniff to test whether it is giving off any sour, unpleasant or funny smell. If you get this, do not use to prepare any meal but rather throw it out.

Another key sign of spoilage is when there is a sort of buildup of gas in the bottle or packaging. This can be observed by a bulging in plastic containers and a sort of “pop” sound when you open the lid to a glass bottle.

What can you use Worcestershire sauce for?

Now you know what Worcestershire sauce is, you know how long it lasts for and how you should store it to maintain the good quality and things that can happen that can lead to it going bad.

But, do you know exactly how to use it aside from that one meal you know how to prepare with it?

Worry not, I have got you covered and will be sharing various ways that you can make the best out of the versatility of Worcestershire sauce as an ingredient in the kitchen.

Worcestershire sauce can be used in very many ways during cooking. To begin with;

What is a suitable Worcestershire Sauce Substitute? Click to Read

You may have noted that fish sauce is used in the preparation of certain Chinese meals. Well, when it comes to Southeast Asian dishes, particularly Taiwanese, Thai and Vietnamese, the use of fish sauce is a staple. Fish sauce is anything but ordinary. To begin with, it is rich in colour being a translucent reddish-golden…

Rumchata is a cream liqueur that contains cinnamon and vanilla flavoring. It is creamy and smooth with just the right amount of cinnamon. Although the cream somewhat softens the rum used to make rumchata, it has a distinct alcohol taste. Rumchata is a versatile drink. You can drink it as it is on the rocks…

Vegetable broth is a comforting soup that everyone loves. It is healthy, tasty, and easy to make at home.  Most people use vegetable broth to make soup, but it has several other uses. You can use it in gravies, dumplings, stuffing, and risottos. You can also enjoy it on its own, but it tastes even…

Essentially, dates are the fruit borne from the date palm tree. It is what we refer to as stone fruit. That is to mean that it has only one seed kind of like mangoes and olives. This single seed is covered up by fleshy fruit. Dates were first traced to early Mesopotamia and to date…