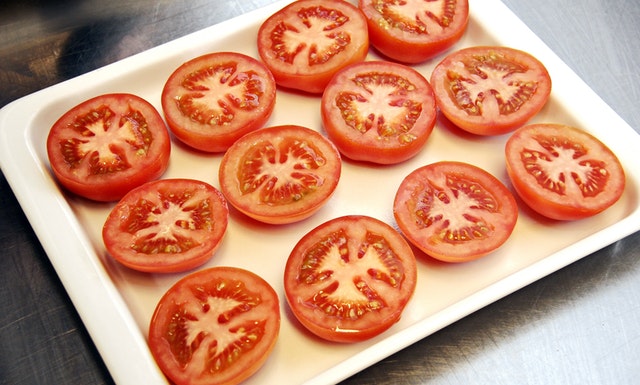 A fresh and juicy tomato is a great addition to any meal, whether it is a curry, a sauce topping, or an ingredient on a salad.

They are an incredibly versatile vegetable that could be used for any type of meal and are also widely available. You are guaranteed to find tomatoes in any market all over the world.

In addition to their great color and flavor, tomatoes also have numerous health benefits. They are full of vitamins, minerals as well as antioxidants.

Tomatoes are full of vitamin C, a source of strong antioxidants that protect the body from harmful diseases while boosting the immune system.

Vitamin C also helps to battle and counter high blood pressure by relaxing blood vessels that carry blood to and from the heart.

Moreover, Vitamin C improves iron absorption into the bloodstream. Tomatoes are also a healthy vegetable as they contain minimal calories with no fat content.

As numerous studies indicate, each large-sized tomato only contains 41 calories with no fat.

You can preserve fresh tomatoes without freezing by;

Tomatoes are also full of strong antioxidants called carotenoids that protect the body from certain types of cancers. All this is done while fighting inflammation due to this disease.

Click To See How To Use A Food Mill For Tomatoes

If you care about healthy skin, you should consume more tomatoes as they are great for the skin.

As studies indicate, tomatoes protect the skin from being damaged by the sun and those who consume more tomatoes have a lesser likelihood of getting sunburns if exposed to UV light.

All these point to the amazing health benefits that tomatoes have. Whether you consume fresh or preserved tomatoes, consuming tomatoes is a great plus for you.

However, despite their great flavor and taste, tomatoes are likely to go bad very quickly if not well preserved.

If you have many tomatoes but lack proper refrigeration to preserve them, there are still many other alternatives to store your tomatoes while retaining their flavor and freshness.

What is the Best Tomato Paste Substitute? Click Here to learn more.

There are various ways in which you can preserve fresh tomatoes without freezing. They include;

Canning is a great preservation method, more so if you intend to store them for a long time. It essentially entails treating and keeping the tomatoes jars while making sure the sealed jars remain airtight.

When using this method, it is important to ensure that no air gets into the container as this could spoil the tomatoes.

To preserve tomatoes through the canning method, here are the steps to take:

While the process may take a considerable amount of time and hassle, no special skills are required to do it. It is also a cost-effective method of storing tomatoes.

If you have many tomatoes that you can immediately consume, you can consider drying them in the oven to extend their shelf-life. This method also intensifies the flavor of the tomatoes, especially when roasted at low temperatures for a long time.

Here are some of the steps in making oven-dried tomatoes:

This method works best if you let the tomatoes have proper circulation of hot air from the oven. You can also consider oven-drying the tomatoes for an extra few hours if you prefer a tougher texture.

Making sun-drying tomatoes is one of the most cost-effective, easy, simple, and chemical-free ways of preserving your tomatoes.

This method uses solar energy which is free and available to preserve tomatoes while ensuring their freshness and flavor.

In order to make the best sun-dried tomatoes, here are some of the steps to take:

While the sun-drying process is considerably slower than other methods, it is a sure way of having perfectly dried, flavorful, and visually appealing tomatoes.

It is also important to note that for this method to work, humidity levels should be considerably lower.

Making ketchup at home is a great way to preserve tomatoes while also saving on the costs of purchasing the same from the store.

It is more complicated compared to freezing, but it is also quite simple and can be done by anybody.

In order to make your own ketchup at home, here are some of the steps to follow:

The secret of making ketchup with a longer shelf-life is to ensure that all excess water and liquid are drained off the ketchup.

Once you open the jar after storage, use it as soon as possible to prevent it from going bad.

Also see: How To Avoid Food Spoilage and Save Tons of Money

Make your own tomato paste.

Tomato paste is an essential component in every kitchen and is the easiest to make. For this, simply peel your tomatoes while de-seeding them. Chop the tomatoes and cook them over medium to high heat while adding some salt and other preferred ingredients into the mixture.

Continue cooking these tomatoes until you get a smooth, consistent, and runny paste. If your paste has too much liquid, continue cooking it until excess liquid comes off. Once this happens, let the paste cool and place it into airtight containers while sealing for later use.

You can still achieve a longer shelf life, and freshness of your tomatoes even without a refrigerator.

Follow the methods above and enjoy flavorful, tasty, and fresh tomatoes today!

Check out: Cheap Pantry Meals You Can Make! My Pantry Staple Meals 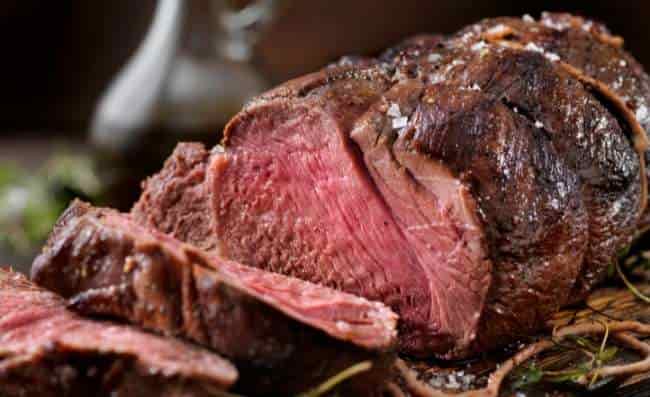 Have you ever tried any game meat? If not, you should eat venison to start you off. It has an earthy taste and retains less water than other types of meat like beef.  The first time I ate venison, it was roasted. I love meat, and as usual, I was willing to try deer meat…. 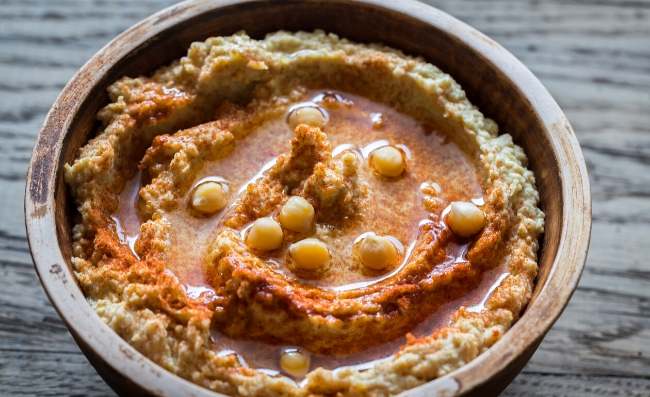 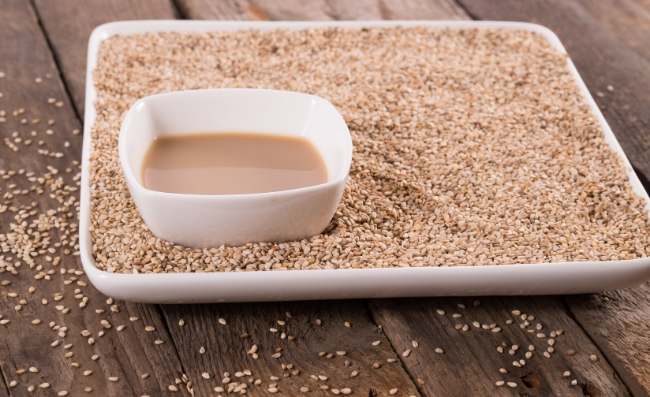 Lovers of hummus know just how important tahini is. Tahini is a paste made from sesame seeds. It has a distinct amazing flavor and has so many uses. A lot of people, like me, use it as an ingredient in hummus. Tahini makes hummus creamier and also enhances its flavor. Hummus always tastes better with…

Soy sauce is an interesting ingredient. You can use it as a marinade for your meat dishes and also as an ingredient in your salad dressing. Soy sauce is made from wheat and fermented soybeans. There are different types of soy sauce in the market, the most common ones being dark soy sauce and light… 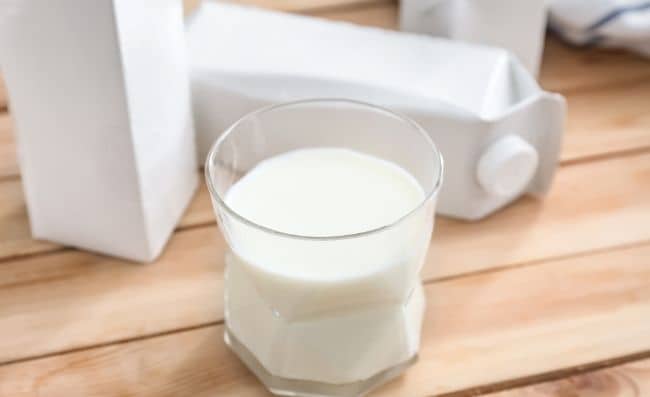 Half and half is a popular dairy product made by mixing half cream and half whole milk. As its name suggests, it is thinner than cream and thicker than milk.  Most people use it in desserts, sauces, and soups. Additionally, it can be a creamer for coffee. If you have stocked up on half and… 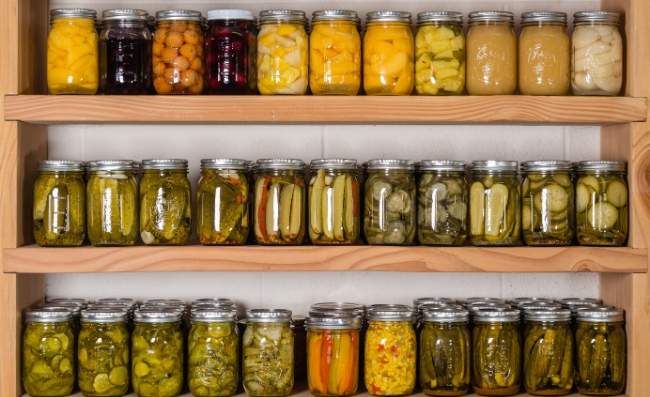 When I first thought of canning to preserve my food, I felt so intimidated. It felt like a complex process that needed a lot of time and energy but I am always up for a challenge. So I started doing my research on canning food preservation ideas. Water Bath Canning Hacks. Click here to read….