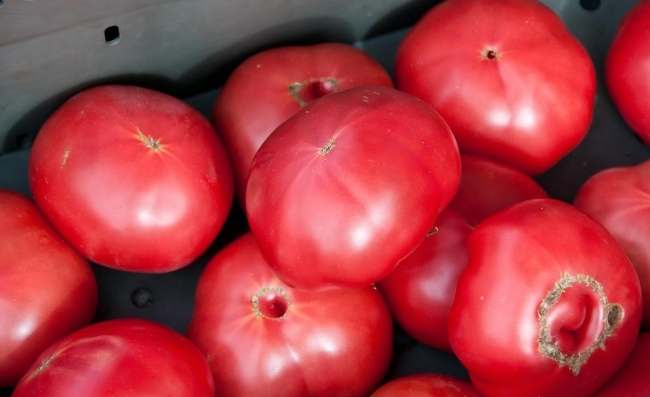 One interesting fact about tomatoes that I have a feeling you probably did not know is that technically speaking tomato is a fruit.

Yes, that thing that you use to make stews and can be used in almost all recipes to enhance the flavor of the meal is actually a fruit.

However, when it is used in cooking terms the tomato is considered a vegetable. Isn’t that the craziest thing you have heard today? Madness even. Who would have thought?

Regardless of how you or when you want to use the tomatoes you have in your kitchen; it would still be beneficial and very wise of you to build upon the knowledge you have about tomatoes.

In that way, you will be able to know and tell just when to throw the tomatoes out, how to tell if the tomatoes have gone bad, how to store the tomatoes so that you can use them later, and make the most out of them and so much more information.

What is a suitable Tomato Puree Substitute? Click to Read.

You are off to the right start and are on the right track since you are reading this particular article.

I know that in the end, it will help to answer all the questions you have about tomatoes. So, keep reading as we dig deeper into everything tomatoes.

Properly stored, tomatoes will become fully ripe in about 1 to 5 days at normal room temperature and will last for about 5 to 7 days in the fridge.

What is the Best Tomato Paste Substitute? Click here to learn.

What is the Shelf Life of Tomatoes?

Just as is the case with most fruits and vegetables that you have in the kitchen or pantry (and everything under the sun really), tomatoes can and do go bad over a period of time.

However, if the tomatoes are stored in a proper manner and proper place, their shelf life can be extended for a longer duration of time.

The length for which tomatoes last varies greatly depending on factors such as how ripe the tomatoes were when you purchased them and how well the tomatoes were stored including the surroundings (these are things like temperature and humidity levels in the area where they were stored).

With fresh whole ripe tomatoes, you can expect them to last between seven to ten days if they are just laying on your counter at room temperature.

When it gets to store-bought canned tomatoes, they are slightly different. An unopened can of tomatoes can last anywhere from twelve months to eighteen months if just left in the pantry.

However, once a can of you open up the can tomatoes, you should ensure that you use up the entire can of the tomatoes as fast as you can. If not used all up, the leftover open can of tomatoes can last in the refrigerator for only seven days.

How To Use A Food Mill For Tomatoes. Click here to learn.

What is the Best Way to Store Tomatoes?

It is not just a simple matter of placing the tomatoes in a basket in your pantry or placing them in the chiller room in your refrigerator. A lot more care goes into the storing of tomatoes to ensure to preserve their quality for as long as possible.

If you are a forward thinker and planner and you are used to buying unripe green tomatoes, the best way to keep them is laid on a paper bag or cardboard box. Ensure that they are placed in a single layer, none on top of the other, and always put the stem of the tomatoes facing downwards.

This helps to prevent air and extra moisture from the surrounding from entering the tomato via the stem which would cause mold to grow and make them go bad. Proceed to put the paper bag or cardboard box with the tomatoes in a cool place until they start to turn red and ripen.

On the other hand, if you go to the store or farmers market and purchase perfectly ripe tomatoes the best place to place them is out of direct sunlight and at room temperature, preferably on your kitchen counter. Same to the unripe tomatoes, ensure they are in a single layer and as much as possible, not touching each other.

Also, click here to learn: How to Preserve Fresh Tomatoes without Freezing.

However, as opposed to the unripe tomatoes, the stem of perfectly ripe tomatoes should be left facing upwards. Once you have done all of this, ensure to consume or use the tomatoes within a couple of days.

If you are like me and prefer the overripe tomatoes that are usually soft to the touch, it would be best to store them in your refrigerator.

This is because, while in the refrigerator, the cool air will slow down the ripening process and prevent the tomatoes from ripening any further.

Tomatoes lose some of their flavors due to refrigeration, before using them, take them out of the refrigerator and let them cool down to room temperature to allow them to develop some flavor.

Can You Freeze Tomatoes?

Definitely. Tomatoes are perfectly fine and safe to freeze. Just note that due to the freezing, the tomatoes will lose some of their natural texture and flavor.

For this reason, frozen tomatoes are not ideal for fresh eating they tend to become mushy as well when thawed) but rather for cooking purposes.

The simple process of freezing your tomatoes is as follows;

How to Tell When Tomatoes Have Gone Bad

As is common practice with most if not all fruits and vegetables in your kitchen or pantry, the best way to tell whether or not they have gone bad is to use your senses. The same goes for tomatoes.

The very first signs to appear signaling the spoilage of your tomatoes will be the softening of the skin of the tomatoes. Arguably, this may not be immediately obvious that is why you have to be keen when purchasing tomatoes in order to be able to notice these changes.

Another key sign that your tomatoes are going bad is when they start to leak liquid. At this point, you should start to think of ways to use and utilize the tomatoes or be ready to throw them out.

The most reliable way to tell whether your tomatoes have started to or have gone bad is to look at them. If you notice any signs of mold starting to grow on the tomatoes, they need to be discarded.

This mold will most times look like dark spots on the tomatoes (either black or green in color or in some cases, a whiter fuzzier type of mold). These tomatoes covered in mold should not be consumed at any cost but rather thrown out.

Another problem you may experience with having fresh fruit on the counter that will point toward the spoilage of your tomatoes is the sudden presence of fruit flies. These are those really tiny flies that just tend to hover around your fruits or vegetables.

Further, if you take a whiff from the place where the tomatoes are stored and you get a rather bad smell coming off from them, then the tomatoes have most certainly started to go bad.

Remember that if one bad tomato is left in the midst of other fresh ones, it will lead to the rest of the tomatoes getting spoiled. The best course of action, in this case, is to carefully separate the spoiled tomato or tomatoes from the rest of the bunch and throwing them out.

Also, check out: How to thicken Pasta Sauce. Here 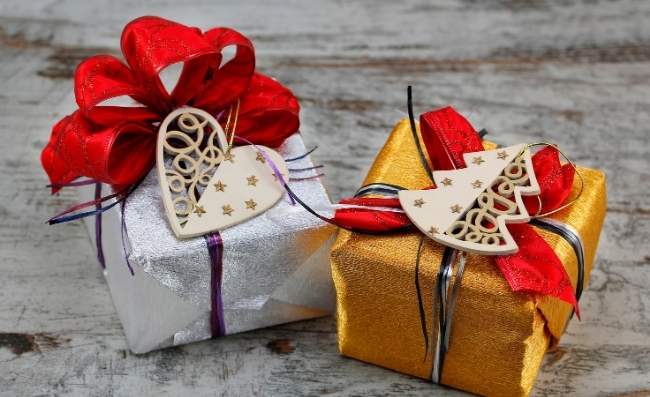 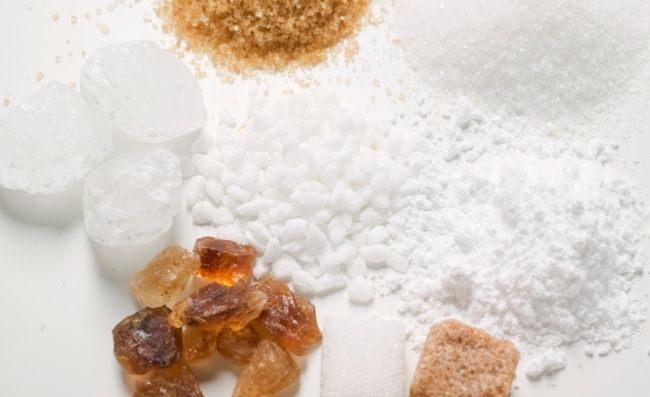 Powdered sugar is an important baking ingredient. It is used in icing, frosting, and baked goods in general. Powdered sugar is also used as dusting for doughnuts as well as other pastries. Powdered sugar also goes by the names confectioners’ sugar, icing sugar, and 10x sugar. This type of sugar is finely ground. Manufacturers make… 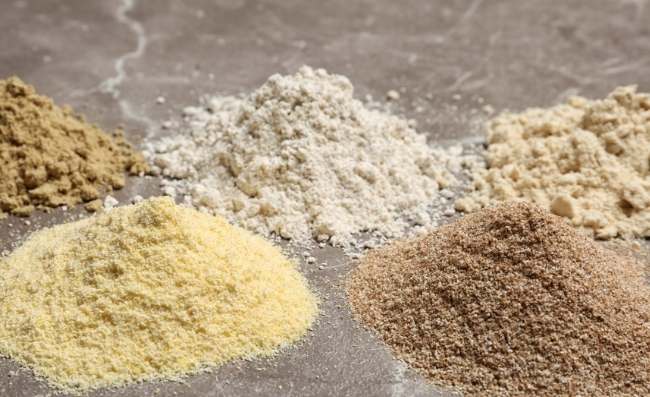 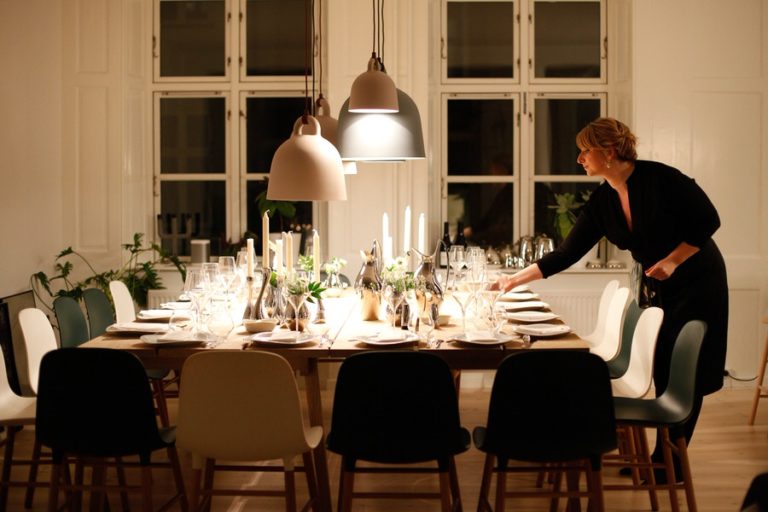 Cooking Thanksgiving dinner can be intimidating, even for the most confident and seasoned of cooks. That is why it is important to know how to keep thanksgiving dinner warm for that perfect thanksgiving experience. I know, because despite many years of sweating it out in the kitchen and finally mastering the turkey, there is the… 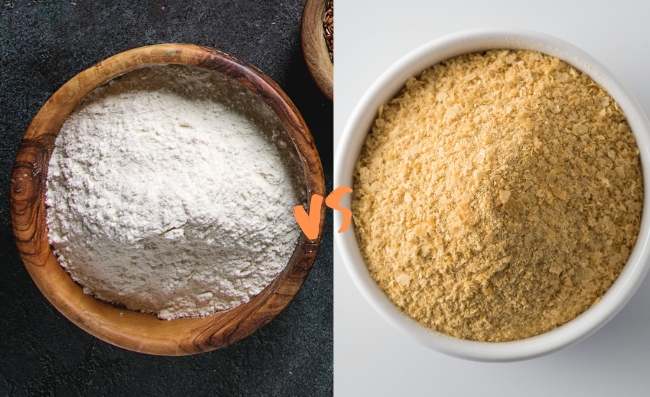