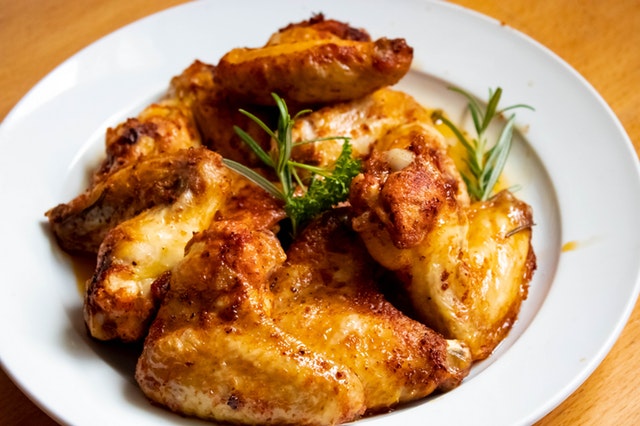 If you love cooking, there is nothing better than spending a lazy holiday afternoon making a nice sauce or better yet a classic turkey dish.

If you don’t have enough space in the oven or you would prefer a simple and non-complicated way of cooking a turkey, using the slow cooker method is the best way to go.

The slow cooker can be heaven-sent if you use it in the proper way; as it can allow you to perform other tasks while it does the cooking for you.

Using a slow cooker to make turkey offers a fuss-free way to have a delicious and amazing meal.

When you pair your turkey with other side dishes like roasted sweet potatoes, or Brussels sprouts, you will have a healthy, tasty, and nutritious meal.

How long does it take to slow-cook a turkey breast?

A standardly sized turkey will generally need slightly more or less than six hours while cooking on low heat.

A 2kg turkey breast, for instance, would take 5 to 6 hours on low heat in a slow cooker. It is advisable to check the bird’s internal temperature during the fifth hour of cooking.

You can do this by inserting a thermometer into the thickest part of the flesh, which should read 75 degrees Celsius/ 165 F.

However, different slow cookers vary so much; while one may start heating immediately, another one may take a considerable amount of time before heating up.

This may also affect the duration of time needed to slow cook the turkey breast. A good alternative would be experimenting with the temperature of your slow cooker while identifying the needed times for slow cooking turkey meat.

How to cook a turkey breast in a crockpot.

Using a crockpot to cook tenderizes the tough cuts of meat by using a ‘low and slow’ approach to cooking. The process generally entails cooking food on low heat over a long period of time.

Cooking a turkey breast in a crockpot is one of the best ways of getting juicy, tender turkey all the time and it also frees up oven space for more baking.

This is because the slow cooker is designed to seal in the moisture from the chicken. It offers a perfect cooking environment for Turkey.

Before cooking, you should ensure the turkey breast is well prepared for the slow cooker.

You can begin by removing the chicken breast from any wrappings while patting it with drier paper towels.

Also consider cutting away any excess skin, especially around the neck areas.

If you are considering using any additional spices, you can use your hands to rub in the spices between the meat and the skin.

Note to loosen the skin from breast meat while continuously applying food seasoning even under the turkey skin.

You can then proceed to put the various vegetables such as onions, carrots, celery at the bottom of the slow cooker while adding some water to the crockpot for moisture as the turkey continues to cook.

Put the turkey on top of the vegetables while closing the lid of the slow cooker and let it cook.

When the turkey is well-cooked, the skin of the turkey or will not be browned and crisp as no direct heat gets applied to the surface.

Take charge to ensure the turkey skin does not burn in the process. Meanwhile using the remainder of the drippings and liquid, use them to make some gravy.

For instance, you can use the remaining broth to create chicken stock or use it to make other accompaniment meals such as braised ham.

How to ensure you cook moist turkey breast with vegetables in a crockpot.

Using the slow cooker method in a crockpot is one of the best ways of ensuring your turkey breast remains moist and juicy.

Without a doubt, this is one of the simplest healthiest, and tastiest ways of cooking your turkey breast without brining it first.

A turkey breast is one of the leanest parts of the turkey, so one of the best ways of ensuring it comes out moist and juicy without brining it would be to use the slow-cooker method.

For this recipe, you would need a 2kg turkey breast (whether bone-in or boneless), head of some garlic, a large onion which is unpeeled and cut into half, some chopped celery sticks, as well as some dried thyme leaves.

The ingredients for rubbing onto the chicken include a teaspoon of garlic powder, a teaspoon of onion powder, some paprika, salt, olive oil, and 6 grinds of black pepper.

For the gravy, some chicken broth, butter, flour, as well as salt and pepper would be needed.

To make this delicious dish, these are the steps you should follow:

To crisp the skin of the turkey, you would have to take the following steps:

For gravy, which is a key accompaniment of this dish, you would need to do the following:

If you find the cooking sauce of your broth to be too thin, and you would like thicker gravy sauce consistency, you can consider placing the slow cooker on a high setting and remove the lid for at least 30 minutes as it boils.

This will allow the excess moisture to boil off, creating some thick gravy.

How to Cook a Turkey Breast with Vegetables in a Crock-Pot.

Making turkey with some flavorful and nutritious vegetables such as carrots, celeries, onions, and herbs such as parsley, would not only make your Turkey nutritious, it would also make it tasty and colorful.

In this instance, the vegetables would be placed at the bottom of the crockpot.

However, for more delicate and quicker cooking vegetables such as peas, or string beans, they should be placed at the top of the crockpot during the last 30 minutes of cooking so that they are not overcooked.

If you also want to add some extra dairy or herbs to your chicken, add these at the end of the cooking process. Otherwise, they will wilt too much and lose their flavor and nutritional value.

As you purchase your turkey breast especially from the supermarket, check whether it has been already brined.

In many places, turkey which comes in boxes is already brined but you should check the labels. If it has been brined, you can just reduce the salt used for rubbing by half.

Also, ensure you make the turkey as close as possible to the serving time because turkey meat is already lean.

Alternatively, if you intend to brine but use later, you can brine the turkey but do not brown its skin.

When you follow these guidelines, you will have a crispy, brown, well-cooked, juicy and tasty turkey.

Also See: How Much Turkey Breast per Person is enough? In Kg and Pounds

My favorite thing about this recipe- you only need 6 ingredients and it is ready in minutes. Oh! Also, it can feed a crowd. We all love cheap easy recipes, don’t we? It doesn’t get cheaper and easier than this Meatball Parmesan Casserole recipe. I shared it with my sister and she said it was…

Kids often have their own ideas of what makes a great lunch. Most of the time, it is never as healthy as we, the parents, want it to be. I am always looking for nutritious lunch ideas that my kids will love. I want them to be healthy and still enjoy their lunches. Sandwiches for…

This Christmas puppy chow recipe is the perfect snack for this holiday season. The classic recipe is a unique, mouth-watering no bake dessert to add to your snack menu for upcoming holiday parties. Add this holiday treat to your snack table on any occasion and see how its funny name sparks numerous conversions on lively…

This Mcdonald’s pancake recipe uses simple ingredients that you can find in your kitchen. It makes for a delicious breakfast, which is simply a homemade version of the famous Mcdonalds pancake recipe. Mcdonald’s hotcakes are so steady and reliable that it almost appears like they have been a part of our lives since the dawn…

I love ground beef stroganoff simply because it is a comforting meal that is easy to make and can feed your entire family with just a short list of ingredients. It is a hearty meal made from scratch with fresh ingredients which are quite healthy and the best thing about it is how quickly it…