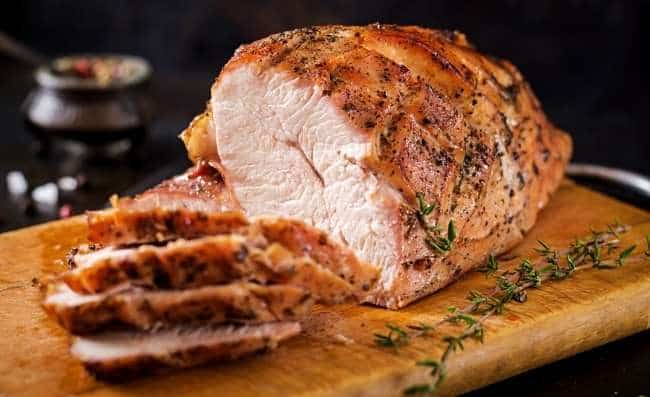 Pork is not my favorite meat, but I cannot resist cooking it because it comes in many forms.

Ham is my favorite pig cut. Have you ever bought Kretschmar ham? If not, you should try it. Their ham is already cooked on most occasions, and you only need to heat it.

Ham from Kretschmar is always high quality. They have great options like black forest, smoked, boneless, and uncured. So, whatever type of ham you are looking for, they got you covered.

Kretschmar ham is already cooked, which we do after buying it. There are various methods of cooking Kretschmar pre-cooked ham, like the oven method, using a slow cooker, and the grilling method.

The main advantage of buying Kretschmar ham is that it is ready to eat in most cases. If you are too hungry and you cannot wait to heat it, it is perfectly safe to eat when cold.

Again, Kretschmar ham comes in various types, and you can buy the kind of ham that most appeals to you.

Ham is a popular pig cut. Butchers cut it from the leg of the pig. Naturally, you can buy ham from any store. Chances are, the ham you buy will be from Kretschmar.

Kretschmar has been around since the end of the nineteenth century. These harm producers have managed to stay relevant in business up to date.

You might be wondering what makes the Kretschmar ham popular. The company that produces these hams is well known in the United States for selling all types of meat and cheese, hence the popularity.

As I have mentioned, there are various types of Kretschmar ham that you can buy. Most of these types of ham are already cooked.

Although this ham is already fully cooked when you purchase it, you should preheat it before eating. It is not a must you preheat it, but it will be more flavorful if you do.

There are various ways in which you can enjoy this ham. You can preheat it and eat it with greens and potatoes or use it to make a sandwich. In this case, you are limited by your imagination.

How to Cook a Precooked Kretschmar Ham

Supposing you buy the pre-cooked Kretschmar ham, your goal will be to cook it again and make it crispy and delicious. So, how do you cook the ham?

There are various methods you can use to cook a pre-cooked Kretschmar ham.

The most common one is the oven method. I will, however, talk about more cooking methods, so please keep up.

As I have mentioned, this is the most common method. You can either use a thick aluminum foil or a roasting pan with this method.

Supposing you are using the thick aluminum foil, follow the following instructions;

For the roast pot method, the instructions are almost the same. The only difference is that you will use a roast pot instead of a thick aluminum foil.

You will fill the roast pot with water, put the ham inside and cover it with a thin foil. After that, you will put it in the oven for around ten minutes.

You will then uncover it and add the glaze. You will finally put the ham back in the oven and adjust the temperature to 400 degrees.

After it is ready, take it out of the oven. Again, give it some time to cool before serving.

Before I tell you how to cook Kretschmar ham with a slow cooker, I caution you. Only use this method if you have a lot of time to spare, for it takes a long time to get the ham ready.

The first step will ensure that the ham can fit into your cooker; if it cannot, chop it into pieces. Apply glaze to the ham and put it into the slow cooker.

Cook slowly for about six hours. The Kretschmar ham will be heated thoroughly. It will be soft and delicious. Using chicken broth will make the ham more flavorful.

If you try to grill a whole ham, it will require tremendous heat that will dry out the meat and maybe burn it. So, it is nearly impossible to grill an entire yam.

You should slice the ham. Slicing the Kretschmar ham will ensure that every piece gets heated equally.

Put the pieces on the grill and keep turning them until ready. Grilling the ham will not take long. Twenty to thirty minutes will be sufficient.

The smoky flavor of a preheated Kretschmar ham is irresistible. Although I am not a fan of pig meat, I have no problem with ham, especially in a sandwich.

When you cook the Kretschmar ham, the glaze is what you will taste mostly. Supposing you use the grilling method to cook, the smoke from the grill will restore that smokiness.

I have covered the various methods of cooking Kretschmar ham above. Remember, the ham is already cooked, so you are just heating it.

From now on, you will no longer wonder how you can cook Kretschmar ham. Happy cooking!

The first time I realized that there are about 7,500 varieties of apples grown all over the world, I was mind-blown. In the United States alone, there are over 2,500 varieties. Well, you are probably wondering why you have not encountered this many varieties. Most varieties are found at pick-your-own apple farms and local farmers’…

Bibb lettuce also goes by the name butter lettuce. Its tender and sweet leaves are commonly used as salad greens. However, that is not all they are good for. They are also used as edible vessels especially for people on a low-carb diet. I particularly love grilled beef lettuce wraps and tacos. The sweet lettuce…

Kikkoman sauce is originally from Japan. It is produced in a manufacturing process called “honjozo” in Japanese. The production is similar to wine production in that microorganisms chemically break it down.   It is then soaked in water and steamed under high pressure. This process is known as fermentation. Kikkoman is rich in umami, which brings…

In Japan, yuzu is very popular since it is one of the most versatile fruits in the kitchen. So what exactly is it? It is a variety of citrus that is sour and highly fragrant. Although most people associate Yuzu with Japan, it is also majorly grown and used in China and Korea. The flesh…

If you are a fan of steak, you must have come across or heard about fort worth ribeye. It is a delicious cut that you can cook in various ways to yield different delicacies. I know when you hear about steak, Texas roadhouse comes to mind. If you have never been there, you are missing…