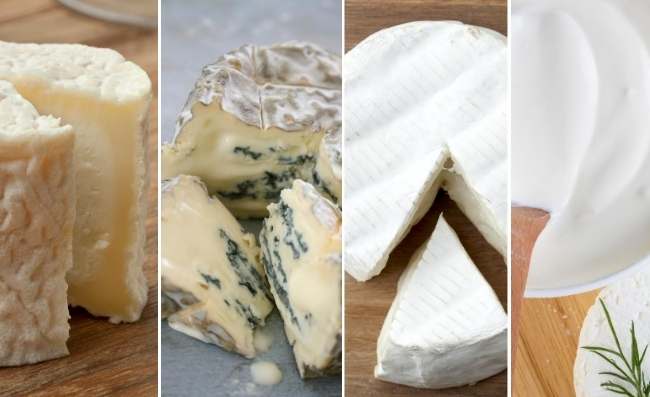 If you are anything like me, you absolutely love cheese. Not just eating it but also using it in recipes in the kitchen.

Goat cheese is soft and oh so versatile. I mean, what is there not to like about cheese? Goat cheese is in most cases used for its soft creamy texture and quite distinct taste.

You are at the grocery store and the owner tells you that they are fresh out of goat cheese, sucks, right? Or maybe you just do not like the flavor of goat cheese.

Do not worry, we are about to explore a couple of alternatives to goat cheese in this article. The best way to find a substitute for goat cheese will greatly depend on the way the goat cheese was to be used in a recipe.

Usually, goat cheese is used in recipes in three key ways. That is fresh where it is quite soft in texture, is sold in logs, and has a tangy savory flavor.

Next is in crumbles, this is pretty much self-explanatory, the cheese is packaged in crumbles. Finally, is dependent on if the cheese is aged. Aged goat cheese has a strong flavor and a hard texture.

Goat cheese is simply cheese that has been made from a goat’s milk. It is also known as going by its French name, ‘fromage du chevre’.

Goat cheese just so happens to be one of those ingredients in the kitchen that has a distinct taste and varies in strength.

As such, it may not be everyone’s cup of tea. Here are the substitutes for goat cheese in accordance with the flavor and texture that you would like to end up within the final product.

Some of the substitutes for goat cheese include cream cheese, feta cheese, ricotta cheese, mascarpone, paneer, raw halloumi, and various other elements and ingredients that are covered further in this article.

If your main aim is to preserve the flavor of a product made out of the use of goat cheese and you do not care that much about a change in texture, you may consider using the following ingredients as substitutions to your goat cheese:

This cheese may be a lot creamier than goat cheese but it has a strong odor and flavor.

Because of this, always keep in mind that the older this cheese gets or the longer it stays without being used, the stronger the flavor and odor it gives.

This cheese’s flavor is quite strong as well and pairs excellently with food. Feta cheese also compliments various recipes quite well.

Its texture is completely different from the goat cheese as it is crumbly and this makes it ideal for going well on salads.

The taste of feta cheese is also more common, so if you don’t enjoy goat cheese there is more than a good chance that you will like feta.

Fromage Blanc cheese is the closest thing to goat cheese when it comes to terms of flavor and texture.

The only downside is that Fromage blanc cheese can prove very hard to find.

Nonetheless, if you happen to come across it while in a supermarket, pick it up as it may be used as an excellent substitute for goat cheese.

As opposed to goat cheese, ricotta cheese is typically made from a sheep’s milk. This cheese is quite low in fat and would be an excellent alternative to those people watching their weight.

In as much as its texture is slightly firmer than that of goat cheese, in terms of flavor, it is almost the same as goat cheese.

Can You Freeze Ricotta Cheese? Click here to learn.

With a stronger saltier flavor and texture that is completely different from that of goat cheese, cotija cheese may be the best alternative to goat cheese.

This is for individuals who tend to be a bit more adventurous and do not mind trying out various different ingredients.

Just like the earlier discussed feta cheese, this cheese comes in a crumbly texture thus making it great with salads.

“Queso Añejo” is the Spanish term that can literally be translated to mean aged cheese.

This cheese packs quite the flavor and also has a completely different texture as compared to goat cheese.

Subsequently, if you are considering going for this cheese as an alternative to goat cheese, it would be wise to only use it in recipes that originally called for aged goat cheese.

Just like the above mentioned Spanish queso añejo cheese, manchego cheese also tends to pack or contain a rather strong aged flavor.

This cheese is also far from similar to goat cheese in terms of texture though, it is neither as smooth nor as solid as goat cheese.

If the aspect that you do not like about goat cheese is its generally distinctive taste.

You are in search of a product that has a similar texture in order to preserve some of the originality of the particular recipe you are using, you can consider the following as substitutes:

Cream cheese is the option that has just the right creamy texture to serve as a replacement for goat cheese.

However, it is important to bear in mind that the fat content is much higher so you may opt to use just a bit of it in your recipes.

You will find that mascarpone cheese is more commonly used in desserts. This is because this particular cheese has a very smooth and creamy texture to it.

It almost feels similar in texture to goat cheese. Despite this, the taste is completely different. Mascarpone cheese tends to be noticeable more on the sweeter side as compared to goat cheese.

Queso fresco just so happens to be a Mexican cheese. When it comes to texture, queso fresco cheese has an almost similar texture to aged goat cheese.

With regard to flavor though, it has a tangy flavor that makes it a more suitable substitute. However, it can also prove quite hard to find it in local supermarkets or stores since it is mostly found in Mexico.

Cottage cheese is very similar to goat cheese but before you achieve this feat, you will have to put in your all.

You first have to blend your cottage cheese using a food processor or a blender until it is perfectly smooth in texture.

After that, you ought to let it sit in the refrigerator for a little while to allow it enough time to solidify enough to be used as an adequate substitute for goat cheese.

Camembert cheese can also work as an amazing substitute for goat cheese due to its smooth texture and mildness in flavor.

This is particularly the case in dishes and foods that require melting at some point in their preparation.

Paneer is a cheese that was found in India. It just so happens to be a mixture of curdled milk and either vegetable or fruit. Paneer is soft in texture thus making it similar to goat cheese.

This makes it a great alternative to use in place of goat cheese more so in urgent cases. It is best for use as a spread.

Is Goat Cheese Healthy to Eat?

When goat cheese is thoroughly compared and contrasted to cow cheese, goat cheese has the following benefits.

Goat cheese has proven to contain much fewer amounts of saturated fats and levels of cholesterol.

Goat cheese also has lower sodium levels thus enabling an individual to not exceed the maximum intake of salt each day.

In addition, goat cheese is an ingredient that is rich in vitamins and other trace elements required by our bodies.

For these reasons, goat cheese is more than healthy to eat, with moderation of course.

Essentially, there is more than one type of cheese that an individual can select as a substitute or replacement for goat cheese.

Each of these types of cheese has its own distinguishing factors and something new or novel that it brings to the recipe or meal being prepared in your home.

Adding Goat Cheese to Your Diet

Since goat cheese can be used in both a sweet and savory manner, it can be added or incorporated into your diet in quite a number of creative ways in order to promote its consumption.

Just to name but a few, it can be crumbled as a salad topper on your favorite salads, it can be used as a spread for instance on your bread in the morning or at tea time.

Cheese can further be added to mashed potatoes for flavoring, it can also be used to prepare eggs and fresh herbs as well as be instrumental when making homemade pizza.

Goat cheese can also be added to your dessert to make it a bit healthier and nourishing.

First things first, what is lard? Lard is a semi-solid ingredient that is made by rendering the fat tissue of the pig. During the rendering process, manufacturers separate the pork fat from portions of a hog, the pork belly, or the pork shoulder. Lard has been in existence since time immemorial. You are likely to…

First things first, what is tomato paste? Tomato paste is basically concentrated tomatoes. It usually has a very thick consistency. Manufacturers make it by cooking the tomatoes for a long time, getting rid of the tomato skin and seeds, and cooking it again to form a thick paste. Tomato paste usually has a lot of…

First things first, what is semolina? Semolina is flour that is made from hard durum wheat. Its key characteristic is that it is very high in gluten. In terms of appearance, semolina is pale yellow in color and has a very coarse texture. A lot of people use semolina while making pasta because of its…

When the holiday season comes around, there comes a long list of gift-giving to be done. Starting with having our parents, our siblings, our friends and even our co-workers to think about, the list can become pretty long and endless pretty quickly, with no form of warning whatsoever. If you are not careful, once you…

Xanthan gum is a very popular ingredient that is used as a binding agent, a thickening agent, and an emulsifier. It is made when the bacteria Xanthomonas campestris ferments sugar. Once the sugar ferments, manufacturers add alcohol to it and then dry it to form a fine powder. Xanthan gum does not have any calories or…