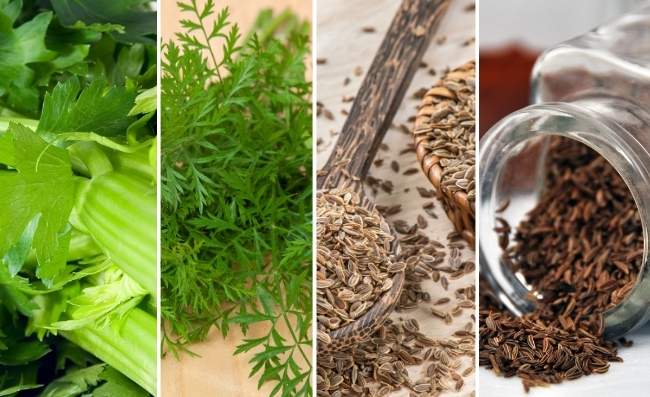 Celery seed has always been my go-to seasoning whenever I want to add natural flavors to my dish. It blends in perfectly with almost all my other spices which makes it a great addition to my favorite dishes.

Celery seeds are harvested from the wild celery plant. In the past, most people used celery seeds as medicine. As time went by, the Romans discovered that it is in fact a great seasoning that added an amazing natural flavor to dishes.

In the nineteenth century, Americans discovered it as well and started using it in pickles. Currently, most people all over the world use celery seeds in sauces and soups as well as salads.

Celery leaves, fresh dill, dill seeds, caraway seeds, lovage, nigella seeds, and celery salt are the top seven substitutes for celery seeds. These substitutes add an amazing flavor to your dishes, and no one may even tell you used them instead of celery seed.

Celery seeds are small and spherical in shape. You can either buy them whole or you can buy the ground celery seeds.

If you are looking for a reason why you should consider using celery seed in your dish, here it is. Celery seed has numerous health benefits. Here are a few;

Interestingly, the Greeks used celery seeds in love portions and the Romans used it as an aphrodisiac.

Also, Click to check out Substitutes for Coriander seeds.

Celery seeds are a great addition to dishes especially when you want to add natural flavors to my dish. Most people use it in Indian cuisines, Mediterranean cuisines, as well as a few European cuisines.

You can use celery seeds in chicken and meat dishes, soups, stews, salads, and pickle flavoring. You can also use them in baking bread, salad dressings, dips, and sauces.

Also, Click here to check out Substitutes For Celery Root

Where to buy celery seeds

Since celery seeds are a common ingredient, you can get them in any local grocery store. Most stores have them in all three forms.

Some stores sell them in bulk which is a win if you are trying to cut costs because it is way cheaper when bought in bulk.  Some online shops also sell celery seeds, just in case you don’t feel like leaving the comfort of your home.

As you have seen, celery is an amazing seasoning. However, you may not always have it in hand. So what do you do when you don’t have celery seed in your pantry and your recipe requires you to have it? Do you leave it out altogether? Luckily, you don’t have to.

There are several substitutes that can work just as well as celery seeds. These substitutes will give your dish an amazing flavor similar to that of celery seed. You may not even be able to tell the difference.

Here are the top seven celery seed substitutes that you should try using in case you run out of celery seed.

For obvious reasons, celery leaves and stalks have an aroma similar to that of celery seeds.

Ran out of celery seed? Simply chop fresh celery and add it to your dish and you are good to go.

Fresh dill is a great substitute for celery seed because it blends well with other spices that go well with celery seed. Fresh dill has a grassy flavor which adds freshness to every dish.

Substitute every teaspoon of celery seed with three tablespoons of chopped fresh dill.

Fresh dill works just as well as celery seed when used in salads and dips. If you opt to use it in a dish that requires cooking, add it towards the end. This way, it won’t turn bitter

Dill seeds are arguably the best substitute for celery seeds. Although they look entirely different, they are quite similar in terms of flavor.

Their similarity in flavor means you can simply substitute one for the other without increasing or reducing the amount that the recipe calls for.

Use dill seeds as a substitute in soups, stews, sauces, as well as baking bread. You can also use it in pickle flavoring.

Caraway seeds are yet another amazing substitute for celery seeds. They have a flavor that is quite similar to that of celery seed. They also have a citrusy aroma which makes the dish even more inviting.

However, it is important to note that when using caraway seeds in dishes that require cooking, the flavor will be intensified. For this reason, ensure you add it towards the end of your cooking.

When using caraway seeds as a substitute in dishes that do not require cooking e.g. salads, the flavor is pretty mild thus there is no need to reduce the amount that the recipe calls for.

Lovage is also a great substitute for celery seed. Its aroma and flavor can easily be mistaken for that of celery seed.

Just like celery seeds, lovage can be used in both its fresh form and its dried form. Use lovage as a substitute when making salads or baking bread.

No one will notice that you used lovage instead of celery seed. That’s how great a substitute it is.

Nigella seeds, also known as nigella sativa is another amazing substitute for celery seed. Nigella seeds have a rich flavor that is slightly bitter.

When you use nigella seeds in a dish people may think you used a combination of different spices to achieve that flavor.

Nigella seeds work best as a substitute in pickle flavoring, sauces, and soups. They are also a great substitute for celery seed when preparing any kind of Indian dish.

If you have been wondering whether celery salt can substitute celery seeds, the answer is yes. Celery salt adds a flavor that is similar to celery to your dish and also makes it a bit salty.

You can buy celery salt from your local grocery store or make it yourself in the comfort of your home with just two ingredients.

To make celery salt, you will need a cup of dried and crushed celery leaves and a cup of salt. Mix the two ingredients together until they are completely combined and voila, your celery salt is ready in no time.

In case you do not have any of these substitutes in hand, you can use fennel stalks and leaves.  Fennel adds depth to the stews and soups that you would have otherwise used celery seed as an ingredient.

Since the flavor of celery flakes is less intense compared to that of celery seed, you will need to use more to achieve that celery seed flavor.

We have all heard about garlic powder and the magic and transformation that it brings to meals when added as an ingredient. The health benefits associated with it are also quite literally too many to exhaustively mention. A favorite for many households, garlic powder can be used in rubs, marinades, salad dressings, sauces, soups and…

Cheese is not only a rich source of fat, but it is also deliciously palatable and rich in nutrients. What is fontina cheese? Fontina cheese is a raw cow milk cheese that hails from the Aosta Valley of Italy. The French-speaking dwellers of Aosta Valley begun producing this cheese in the 12th century. Italian Fontina…

The vanilla flavor has always been one of a kind. It is one of the baking essentials. Vanilla gives depth to dishes and also balances the flavors. It is used in ice cream, chocolates, baked goods, coffee, and even nuts. Vanilla bean paste is a thick paste that has a rich vanilla flavor. It contains…