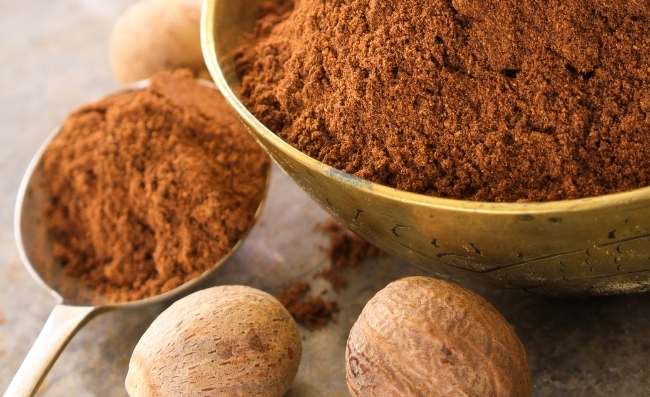 Nutmeg is an amazing ingredient that can be added to both sweet and savory dishes. It is also quite popular all over the world.

Nutmeg is usually made from Myristica fragrans, an evergreen tree that mostly grows in Indonesia. It is a versatile ingredient that adds flavor to sweet and savory dishes alike.

Nutmeg is used in several recipes including pudding recipes like cookies recipes, spice cake recipes, and custard. It is also used in soups like chicken soup, split pea soups, and tomato soups.

Vegetables like broccoli, spinach, and cabbage also taste better with some nutmeg in it. You can also add nutmeg to egg dishes, lamb recipes, and even punches and wine. These are just some of the few recipes where nutmeg plays an important role.

Seeing how versatile nutmeg is and how you can use it in so many recipes, you may not always have it in-store. Luckily, there are several substitutes that can be used in place of nutmeg.

So there is really no need to worry if your recipe calls for nutmeg and you have none in the house.

Most of these substitutes are readily available, but before we get into more details, let’s first educate ourselves about nutmeg.

Nutmeg is originally from Indonesia because that is where the nutmeg tree thrives. In the past, people from Indonesia believed that it had magical powers. They carried it under their armpits to allegedly attract admirers.

Some people also made amulets using nutmeg believing it would protect them from bad omens.

The spice itself comes from the yellow fruit of the Myristica fragrans tree. When mature, the fruit splits in half and reveals the seed.

The covering of the seed is usually red in color and is called an aril. Aril is dried and sold as a spice called mace.

The inside of the seed is nutmeg. It is dark brown in color and it has a sweet aroma. It also has a nutty and slightly sweet taste.

Nutmeg has very many health benefits.  Research shows that it aids in digestion. Nutmeg treats nausea, vomiting, and diarrhea. It can also be used to increase appetite.

One of the best things about nutmeg is that it does not trigger allergic reactions. Personally, I have never heard of anyone who is allergic to nutmeg.  Even those that have nut allergies never react to nutmeg.

As I said, there are several spices that you can use as a substitute for nutmeg. Most of these substitutes are readily available and you probably already have them in stock.

While choosing the substitute, take note of the flavor that you want to achieve. Most of these substitutes are similar to nutmeg in terms of flavor and aroma.

Mace and nutmeg come from the same tree, the evergreen Myristica fragrans. Nutmeg is actually the seed of the tree while mace is made from the covering of the seed. This makes it the best substitute for nutmeg.

Mace and nutmeg have the same flavors and aroma. The warm and spicy aroma is definitely a winner. You can substitute nutmeg with mace in equal amounts i.e. if a recipe calls for a tablespoon of nutmeg, use one tablespoon of mace instead.

You can use mace as a substitute for nutmeg in any recipe. Personally, I prefer using it in dessert recipes.

Pumpkin spice is another good substitute for nutmeg.  It is a blend of cinnamon, allspice ginger, and nutmeg. Pumpkin spice has always been a favorite, especially during the festive season.

The fact that pumpkin spice has nutmeg as one of its ingredients makes it one of the best substitutes for nutmeg.  It produces good results in both savory and sweet dishes.

Just like mace, substitute nutmeg with pumpkin spice in equal amounts. If a recipe calls for a teaspoon of nutmeg, use one teaspoon of pumpkin spice. The results will be amazing in savory and sweet dishes alike.

Garam masala is another spice blend that is a good substitute for nutmeg. It is made of cloves, cinnamon, mace, and nutmeg among other spices. Garam masala is a common ingredient in Indian and Asian cuisines because of its amazing and irresistible flavor.

Garam masala also has ingredients like cumin and bay leaves which means it is best suited for savory dishes. I suggest you substitute nutmeg with garam masala only when making savory dishes like soups and stews.

Like the other substitutes we have discussed above, substitute nutmeg with garam masala in equal measure. There is no need to add or reduce the amount that the recipe calls for.

Note that garam masala may give your dish a slightly different flavor because of the other spices contained in it.

Contrary to common belief, allspice is not a blend of many spices. It is made from the berries of a tree called Pimenta dioica.

Most people say that allspice tastes like a blend of nutmeg, pepper, and cinnamon hence its name.

Allspice is a good substitute for nutmeg because it in a way has the same flavor as that of nutmeg. Substitute nutmeg with allspice in equal measure.

You can use allspice as a substitute for nutmeg in both sweet and savory dishes.

Most recipes that call for nutmeg also require you to use cloves. Cloves and nutmeg complement each other perfectly. Cloves have a sweet and peppery flavor that is a favorite to many.

If your dish already has cloves in it, consider using another substitute because using too many cloves would have disastrous results.

You can use ground cloves as a substitute in any recipe that calls for nutmeg.

Cinnamon is a popular spice that is always present in almost every kitchen. It is an ideal replacement for nutmeg because it has a flavor profile that is the same as that of nutmeg.

Ground cinnamon always works better as a substitute. However, its flavor is way stronger compared to that of nutmeg.

You can use cinnamon as a substitute for nutmeg in both sweet and savory dishes.

Ginger is another good substitute for nutmeg that is readily available. The ginger root is commonly used as an ingredient in various dishes. You can use ginger in its fresh form or when it is dried and ground.

Compared to nutmeg, ginger spicier. It also does not have the sweet undertones that nutmeg has. Therefore, ginger would work great as a substitute for nutmeg in savory dishes.

I suggest that you use it in meat and vegetable dishes. Using it in desserts may not give you the results that you want.

Substitute nutmeg with ginger in equal amounts. For every tablespoon of nutmeg that your recipe requires, use a tablespoon of ground ginger.

Apple pie spice is a common ingredient that is mostly used in desserts. It is a blend of various spices including; ginger, cardamom, nutmeg, and cinnamon. Its main ingredient is cinnamon so the flavor of cinnamon is quite pronounced.

When using apple pie spice as a substitute, you should use it in small amounts. If you use too much, the cinnamon taste will overpower your dish.

Also, Check out  the best Substitutes for Coriander.

Nutmeg is an amazing ingredient that is quite versatile, so it is very easy for you to run out of it. Luckily, there are several spices that are good substitutes for nutmeg.

Most of these substitutes are readily available and you most likely already have them in your pantry.

The flavor profile of nutmeg is easy to replicate. However, you need to pay attention to the number of substitutes you are using. Ground cloves, apple pie spice, and cinnamon have a stronger flavor than nutmeg so you need to use small amounts in your recipe.

Try experimenting with these substitutes and let me know how your dishes will turn out. I am confident that you will not be disappointed.

A while back, I was looking for ‘a perfect’ cheese that I could use in my recipes and eat it raw, maybe with some fruits. I came across a few options, but it ended my search when I discovered Havarti cheese.  This is a cheese that you either grill, slice, or melt. It is perfect…

Apricot jam is a very common ingredient in several recipes.  It has several uses in the kitchen. Apricot jam is basically a jam made from apricots, pectin, and fructose. Some brands have a little bit of rum as one of the ingredients. Apricot jam is commonly used as a glaze in baked goods like pies,…

What is almond liqueur? Almond liqueur is a liqueur that has an almond flavor. It may or may not contain almonds, but the flavor is constant. Manufacturers use almonds or apricots, or both to make the base of almond liqueur. Like many other alcohols, almond liqueur contains other flavorings and spices. Click to read on;…