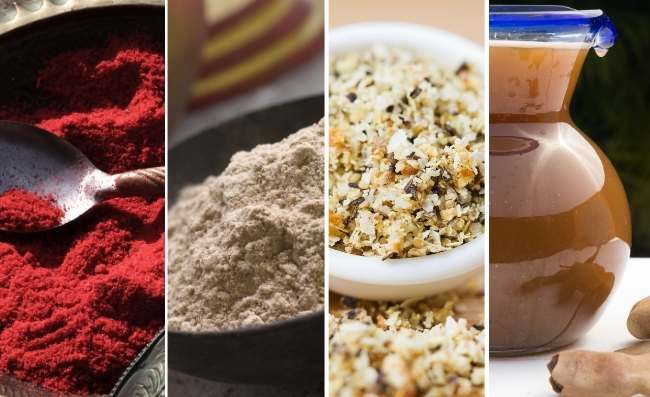 If you have been to any Mediterranean restaurant, you have probably come across red seasoning dusted over your tasty dish. Well, that is sumac.

Sumac is an amazing Mediterranean seasoning that adds a distinct lemony flavor to dishes.  It has a bright red color, but unlike most bright red seasoning, it does not add heat to dishes.

Sumac is one of those spices you should always have on your spice rack. Its origin can be traced back to the Middle East. Most Middle Eastern cuisines have sumac as one of their ingredients.

Sumac has also become popular in Western countries. A lot of people prefer using it as a marinade and salad dressing.  The sour taste of sumac elevates chicken and fish dishes.

Sumac has a way of giving every dish an authentic flavor. It’s a better alternative compared to vinegar if you want a souring agent.

If you are not living in the Middle East, sumac may be a little bit difficult to find. So what do you do when you have no sumac on hand? The good news is that there are several sumac substitutes that work just fine.

Za’atar, tamarind, lemon pepper seasoning, vinegar, lemon juice, and amchoor are all good substitutes for sumac. But before we discuss these great substitutes, let’s educate ourselves about sumac.

Being an exotic spice, sumac is widely used to complement various dishes. Personally, I like using sumac as a garnish.

Sumac has various uses, I’ll discuss a few with you.

As we saw before, sumac is normally dusted on several savory Mediterranean dishes to add zest to the dish.

It doesn’t have to be Mediterranean dishes alone. You can use it in Moroccan cuisine and Israeli cuisine as well.

If you want to add a citrus flavor to your dish but don’t want to add any liquid to the dish, you can use sumac instead of vinegar or lemon juice.

Unlike vinegar and lemon juice, sumac cannot overpower your dish and it is also less acidic.

You can use sumac to add flavor to your popcorn. Forget the normal cheese and barbeque powder. Sumac will make your popcorn so flavorful.

You may never have them any other way again.

Sumac is a great addition to marinades. It enhances the flavor of the marinade with its unique flavors.

Rub it on your steak to enhance the flavor of the natural fats.

If you want a garnish that will add both color and flavor to your meat dishes or salads, you should definitely try using sumac as a garnish.

Since sumac combines perfectly with other spices, you can mix it with thyme, cumin, chili, and a little bit of olive oil then use the mixture as a coating for your oven-roasted vegetables.

You will love the outcome.

Other than being super flavorful, sumac also has numerous health benefits which should encourage you to use it more.

Here are a few health benefits of sumac.

When patients with type two diabetes incorporated sumac into their meals, their levels of good cholesterol increased and their blood glucose levels lowered.

As we all know, antioxidants are very essential in our bodies. Sumac contains antioxidants that promote heart health and some types of cancer including breast cancer.

Sumac contains vitamin C which plays a role in strengthening the body’s immune system. In the past, Native Americans used sumac to treat fever and the common cold.

Za’atar is arguably one of the best sumac substitutes because it has sumac as one of its main ingredients.

Although za’atar is a spice blend, sumac is the most prominent ingredient. Therefore, za’atar will give you the dish the same flavor that sumac gives it. The aroma of za’atar is also similar to that of sumac.

For the best results, you can add sesame seeds and salt to your dish. This way, your dish will turn out even better than when you use sumac alone, which is a win, right?  Mixing za’atar with other ingredients will take your dish to a whole new level.

When using za’atar as a substitute for sumac, start by adding a little bit to your dish then add more to build to the flavor that you want. This way, the za’atar will not overpower your dish.

I suggest using za’atar as a substitute for sumac in marinades and meat rubs. It will give you better results compared to when you use sumac alone.

Some brands of lemon pepper seasoning contain garlic which you may want to skip depending on the meal that you are making.

If you are looking for a substitute that will add acidity to your dish, lemon pepper seasoning should work perfectly. Before lemons became popular in the Middle East, people used sumac to add that much-wanted sourness to their dishes.

I suggest using lemon pepper seasoning as a sumac substitute in poultry and fish dishes. Remember to add a little bit of salt to your dish the lemon pepper when using it as a substitute for sumac.

With sumac, the end goal is usually to get that sharp citrusy flavor to your dish. Vinegar can be a good substitute for sumac because of its extreme tartness.

If you are making a dish that could do with a liquid substitute for sumac, you should try using vinegar.

Compared to sumac, vinegar is more concentrated. A little vinegar goes a long way. Therefore, when using it as a sumac substitute, use a smaller amount than the recipe calls for. I suggest adding little by little to your dish till you get the flavor that you want.

I suggest using vinegar as a substitute for sumac in salads or dishes that do not require any heat.

If you want to use lemon juice as a sumac substitute, use freshly squeezed lemon juice and not bottled lemon juice. I suggest using it towards the end of your cooking for the best results.

Lemon juice is also a great addition to salads. When using it as a sumac substitute in salads, be sure to add a little bit of salt for a more enhanced flavor.

Lemons are readily available so you should not have any problem making your own lemon juice at home.

Amchoor is a powder seasoning made from green mangoes.  In terms of flavor, amchoor is sour and tangy.

This is because before making amchoor, the green mangoes are dried the same way sumac berries are dried. Once completed, they are ground to form amchoor.

Amchoor is a good substitute for sumac. However, its flavor is sourer compared to that of sumac.  If a recipe calls for a tablespoon of sumac, use half a tablespoon of amchoor. This way, the amchoor will not overpower your dish.

You can substitute sumac with amchoor in any dish because it has the same flavor and texture. It would be a great addition to your dish.

Tamarind is a tropical fruit that has a sharp sour taste. A lot of people use it in Thai and Indian cuisines. Some people use it to make tamarind juice.

Tamarind is sold in various forms. You can buy the tamarind paste, frozen tamarind pulp, or whole dried tamarind pods.

If you intend to use tamarind as a substitute for sumac, keep in mind that it is more concentrated compared to sumac.

A little tamarind goes a long way, so use it sparingly.  When adding it to your dish, add it little by little until you get the flavor that you want.

Tamarind is another sumac substitute that works very well in marinades. It will add sourness to your marinade and enhance the flavor.

Sumac is an amazing ingredient that elevates the flavor of any dish it is used in. Unfortunately, it is not easy to find especially if you live in the United States.

Luckily, there several sumac substitutes which work just as well as sumac. My go-to substitutes are za’atar, lemon pepper seasoning, and tamarind.

They all work the same way sumac does and you can never go wrong with juice. Lemon juice and vinegar work just fine when you want to add sourness to your dish.

Aaamchor is less common but it works surprisingly well.

Kneading is important because it creates strength and structure in the dough. It makes your dough soft and gives it a cushiony feel. Flour usually contains two kinds of protein that combine to form gluten. The gluten is what creates the elastic texture in the dough.  When you knead, gluten creates a structure that traps…

Agave nectar is a natural sweetener that you can use for topping, baking, or adding sweetness to drinks. If you are a vast baker, you might have encountered agave nectar. It is sweeter than sugar and tastes like honey though the viscosity varies.  I prefer using agave nectar in baking since I wouldn’t say I…

I keep saying that baking is a science. Who doesn’t love freshly baked bread straight out of the oven? When I started baking bread, I had a hard time telling when it finished baking. If you are having a hard time as well, you are not alone. No one wants gummy underdone bread. But how…

Who doesn’t love cake? I would say a piece of cake brings out the right attitude. If you don’t have a dessert after an occasion, whipping up a last-minute batter cake for celebration is quite simple. Whether store-bought or homemade, cake mix comes in handy whenever necessary. I love having cake mix around since I’m…

Wondering How To Use A Food Mill For Tomatoes? There is a different alternative to food mill gadgets that make it easy to blend, grind, or whip up food-blenders and grinders, not forgetting food processors.   It is important to understand food mill vs blender, food mill vs food processor, and more. What is a food mill? A food mill…