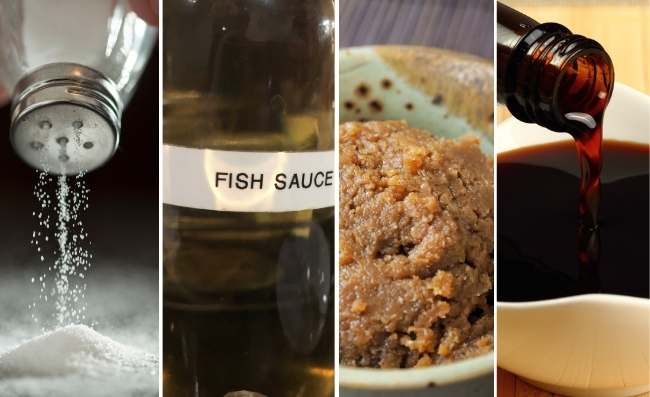 Tamari is an amazing sauce that adds a distinct sweetness and saltiness to your dishes. Tamari is a popular ingredient and most recipes call for it, especially noodles recipes.

Traditionally, tamari was used by people with celiac disease because it was gluten-free. A lot of people who were sensitive to gluten used tamari.

Tamari is a great sauce, but you may once in a while need to use a substitute in its place.

Tamari is a variety of soy sauce that is made from soybeans. Its origin can be traced back to Japan.

Soy sauce and tamari are similar in a lot of ways. They have a similar appearance and the flavor is very much alike

Tamari and soy sauce are a bit different because tamari does not have wheat on its list of ingredients.  Additionally, it is made differently.

Difference between Tamari and Soy sauce

Both tamari and soy sauce are made from soya beans. However, they are not the same. The main difference is the presence of wheat in soy sauce.

Tamari is popular because it has no wheat in it, hence gluten-free. Most recipes that call for soy sauce list tamari as one of the gluten-free alternatives.

In terms of production, the two are produced differently. Tamari is basically a byproduct of miso paste.

It is the liquid that is collected from fermented soya beans. It contains only a small amount of soya beans. On the other hand, soy sauce is produced by cooking soybeans mixed with wheat.

Tamari is much darker in appearance compared to soy sauce.

Additionally, it is less salty and has a more balanced flavor compared to soy sauce. Its balanced taste makes it a perfect dipping option.

Soy sauce is lighter in color compared to tamari. Additionally, soy sauce has a salty taste that can easily be identified.

Soy sauce is a great addition to soups, stews, and other dishes but I do not recommend using it as a dip.

Where to buy Tamari

Since tamari is quite popular these days, it is available in most grocery stores.

If you do not get it at your local grocery store, try purchasing it at an Asian market near you.

Alternatively, you can buy tamari at a health food store near you.

Soy sauce is arguably the best substitute for tamari. Soy sauce will not give your dish the exact same flavor that tamari does but it comes pretty close.

Soy sauce makes for a great substitute because it is readily available. You can find it at a grocery store near you and there are many different varieties you can choose from. Additionally, soy sauce is much cheaper compared to tamari, which is a plus.

When using soy sauce in place of tamari, keep it in mind that soy sauce is saltier. Therefore, you may need to add it little by little to your dish so that it does not make it too salty.

In terms of flavor and appearance, soy sauce and tamari are quite similar. Soy sauce is my go-to substitute for tamari because I always have it on hand. I use it a lot so I always have some in my refrigerator.

The only downside with soy sauce is that it has a high sodium content. For this reason, it may not be suitable for anyone on a low sodium diet.

You should keep in mind that soy sauce is not gluten-free because soy sauce has wheat as one of the ingredients.

I suggest that you use soy sauce in place of tamari when making Chinese dishes, marinades, sauces, and barbecues as well.

As I mentioned earlier, tamari is a byproduct of miso paste so it’s pretty obvious that miso paste is a good substitute for tamari.

Alternatively, you can add a little bit of water to the miso paste before adding it to your dish to achieve a texture that is similar to that of tamari. For every teaspoon of miso, add two teaspoons of water.

Miso paste not only gives your dish that saltiness that you want, but also gives it an amazing umami flavor. This makes it a go-to ingredient in Japanese dishes.

There are several varieties of miso paste in the market. The two main types are white miso paste and red miso.

The main difference between the two is that red miso is aged for much longer hence it is saltier and has a deeper taste compared to white miso.

White miso has a mild flavor. You can use either of the two as a substitute depending on your preference. Alternatively, you can use the mixed miso which is basically a blend of red and white miso.

Fish sauce is another amazing substitute for tamari. The two main ingredients used to make the fish sauce are salt and fermented anchovies.

The fish sauce also adds a much-coveted umami flavor to dishes. This, combined with its saltiness makes it one of the best substitutes for tamari.

Like most of the other substitutes, fish sauce is readily available and you can buy it at any health food store or local grocery store near you.

When substituting tamari with fish sauce, just use the same amount that the recipe calls for.  However, you can add more if the flavor is too weak for your liking.

The only downside with fish sauce is that it has a high sodium content so it may not be ideal for anyone on a low sodium diet.

It also does not give your dish that caramel undertone that tamari does. All in all, it is still a very decent substitute for tamari.

If you are looking for a tamari substitute to use when making pizza, salad dressings, eggs, lamb, or tempura, anchovies are exactly what you need. Anchovies are basically finely chopped sardines.

They add a deep flavor to your dish. Additionally, they give dishes the saltiness that you are going for.

Anchovies are also readily available and can be found in any supermarket. Alternatively, you can buy them online. Additionally, they are cheap compared to tamari.

When using anchovies as an alternative, you should note that it will not give your dish the caramel flavor that tamari gives it. Anchovies also have a pungent scent that may not be appealing to some people. If you are a vegan, I suggest using the other substitutes because anchovies are not a vegan option.

Yes, salt is also a good substitute for tamari. Most recipes that call for tamari just use it as a seasoning for the dish. One of the main ingredients in tamari is salt. Therefore, salt can easily substitute tamari.

Salt is a must-have ingredient in every home. This makes it a suitable substitute because you always have it on hand. It is also very affordable. In fact, it is much cheaper compared to tamari.

Some people prefer to use salt instead of tamari and soy sauce because it pretty much brings out the flavor of a dish on its own. Salt has that distinct sodium flavor that everyone is familiar with.

Seeing how minimalist it is when it comes to flavor, you may find salt a bit too dull especially if you are used to using soy sauce and tamari all the time.

I suggest using salt as a substitute for tamari when making sushi or other meat dishes.

If you generally do not like soy, coconut aminos would be a great alternative for you. Coconut aminos are soy-free.

When using coconut aminos as a substitute, keep in mind that coconut aminos have a lot of sugar so you should add little by little to ensure that it does not overpower your dish.

Check out: A list of Suitable Rice Flour Substitutes. Here.

What are the best vegan alternatives?

All of the substitutes we have discussed above are great vegan options except anchovies and fish sauce.

Therefore, if you are on a strict vegan diet, you should definitely avoid the two.

I recommend using miso paste or soy sauce if you are looking for a good vegan alternative.

My husband bought me the most unexpected gift for our anniversary! He came home early from work with a bouquet of flowers and a nice box wrapped in the most lovely gift wrapper I had seen in a while. Of course, I was excited and could not wait to open my gift. The week before…

If you are like me, you grew up eating lots of pudding. Pudding is one of the most common desserts in every home because of how easy it is to whip up. It is a favorite of almost every kid, especially when served with whipped cream. When you make pudding, you may make a lot…

Have you ever eaten seaweed salad? If you have, you have tasted the goodness of kombu, seeing it is the main ingredient in making seaweed salad. If you haven’t eaten the salad, this is your cue to try it out. It is delicious.  You can also use kombu to season various dishes. Kombu is relatively…