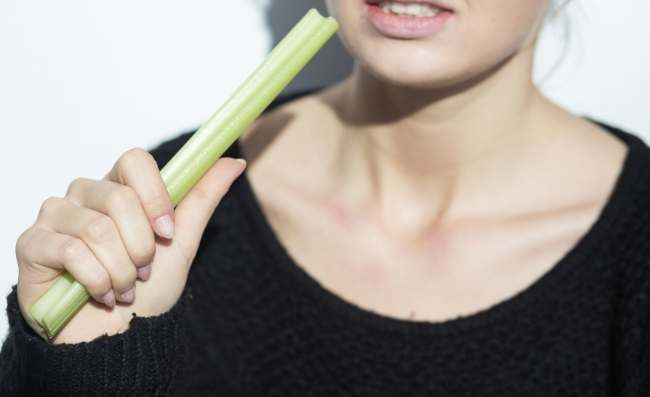 Leeks are vegetables that belong to the allium family that also comprises of onions, scallions, and garlic. They are prized for their combination of a mildly sweet and subtle sour onion-like flavor that makes for a delicious taste and aroma.

Younger leeks are favored in raw preparations such as salads because of their more delicate flavor.

The many ways that leeks can be used in the kitchen is what makes you want to keep them fresher for longer in order to allow you to use them for as many recipes as possible.

What do leeks taste like? Well, long story short, they have this mild onion-like taste to them.

The flavor is mild and subtle, not as glaring to the tongue as onions normally are.

One could even say that they are slightly sweeter than their counterparts the onions. Matter of fact, how leeks taste is subjective as it depends on how you love to prepare your leeks.

Can you eat the leaves of the leeks?

The dark green tops of leeks are for the better part considered unpalatable owing to their tough texture and are often either chopped and tossed away or used in homemade soups, stocks, and broths to infuse some lush flavor and later discarded.

However, if your palate is on the adventurous side you can opt to braise the dark green tops as you would any other vegetable.

You can also choose to enjoy the leaves of leeks as a side dish or toss them over some spaghetti for your dinner.

How do you eat leeks?

Leeks are one of those vegetables that can be savored both in their raw form or cooked. The white base and the light green parts of the leaves are considered edible for a majority. Here are some ways to enjoy your leeks;

Can I use leeks instead of onions? Are they the same?

Yes, most definitely!!! They belong to the same family and as such can be used interchangeably and actually more nutrient-dense than onions.

They have a sweeter and milder taste than onions and may actually surprise you and give the dish a delicious and unique taste.

Thanks to their mildly sweet nature leeks may actually be a better choice than onions with children in their hot dogs and hamburgers.

And chopping them will certainly not make your eyes leak or make you cry like chopping onions normally does.

How do you properly wash leeks?

Leeks can prove difficult to clean thoroughly before preparation owing to the intertwining of its leaves that traps a lot of dirt or sand.

This is, dare I say, the most important step to using or utilizing leeks in any recipe. Lucky for you reading this article, we have a full proof step-by-step guide to properly cleaning your leeks before use and even for storage.

To begin with, you may want to rinse out the leeks. This step will go a long way in helping to get rid of the dirt that may be on the outside of the leeks.

After rinsing the leeks, take a knife and carefully remove the darker green leaves ends but do not discard them as you can save them up to use in making a tasty soup.

The next thing to do is to remove the root end by cutting it off and then proceeding to slice the leeks into rings kind of like onion rings lol. Let us also note that the leeks can be sliced into stripes if that is what you prefer to do.

In a bowl or container filled with clean cold water, submerge the sliced leeks. You can then gently stir the mixture in order to nudge out any dirt that may be trapped in the ring’s layers.

Allow the leeks to sit in the water for a few minutes before you scoop them out. You can repeat the soaking process as many times as you need to in order to attain clean and safe leeks for use.

How to properly store leeks to avoid spoilage and wastage.

Though leeks are available all year round, they are at times considered to be classic spring vegetables.

If you are a bulk shopper and prefer to buy them when they are in season, here are some tips on how you can store them for up to a year.

you shouldn’t wash or trim the leeks if you intend on refrigerating them to avoid rot.

When refrigerated to be used within a few days it is best to lightly wrap them up in a plastic bag as when left open they emit a distinct odor that can be absorbed by other foodstuffs and put them in the crisper drawer of the refrigerator.

If to be used up to ten days later, first wrap them in a damp towel then place them in a perforated plastic bag and store away in the refrigerator’s crisper drawer.

To freeze, chop off the dark green leaves and slice the leek in half. Then clean or wash the leeks thoroughly and slice them into half-moon-shaped slices.

Blanch your leeks for up to a minute (this helps to retain their green color when frozen). Place the blanched leeks in a ziplock bag and freeze them for approximately 3 to 12 months.

Alternatively, they can be made into a purée, placed in airtight freezer bags or containers, and frozen. The downside to this method is that freezing makes the leeks lose some of their taste and texture and sometimes develop a bitter flavor when eaten.

This one is quite simple, just take the leeks and place them in a large jar, bowl, or container of cold water but be sure to use them in a day or two.

The temperature in the kitchen or in the storeroom should be cool and dry otherwise the leeks may wither and die.

They can also be dried with a solar food dryer and stored for up to 3 months without going bad or anything.

Benefits of eating and cooking with leeks.

Let me let you in on a secret, leeks are just what the doctor recommended!

They are packed with a number of health benefits that should be appreciated more and included in our diets on a regular basis in order for us to live much healthier lives.

Interesting facts you need to know about leeks.

Below are a few interesting facts about leeks that will definitely blow your socks off once you read them;

Although it can be consumed raw, it probably will not be enjoyable since it is quite sour and has a bitter taste in that state. It is no wonder a lot of people prefer to cook it with some sugar. In other simpler words, the rhubarb plant has one of those tastes that we commonly…

I believe we all love the taste of tasty, yummy, and finger-licking chicken that is well done. Chicken is a personal favorite for me and my kids. Whether it is baked, grilled, roasted, or stewed, it has that amazing, unique flavor that you just can’t get in other meats. Chicken recipes are really easy to…