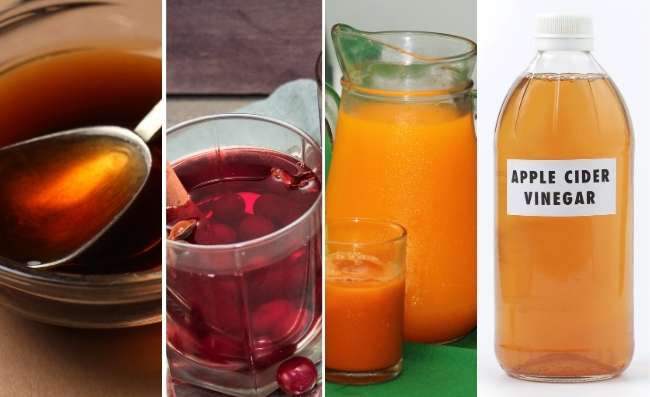 First things first, what is cooking sherry? Cooking sherry is a grape wine that has been fortified with brandy. It has an alcohol content of 12 to 17 percent but they sell it as a food item in the United States.

There are many brands of cooking sherry in the market today, but they all have similar characteristics. Cooking sherry is golden yellow in color with a sweet aroma.

When used in dishes, it leaves a distinct sherry flavor in the dish. Cooking sherry adds a slightly sweet and nutty flavor to dishes.

Cooking sherry has a very high sodium content. I personally do not use salt in my dish when I am using cooking sherry.

Manufacturers add a lot of salt to cooking sherry since it is a preservative. This explains why cooking sherry lasts for a long time without going bad.

Cooking sherry is a common culinary ingredient. I have come across several recipes that call for cooking sherry. Some of my favorites include; sherry mushrooms, slow-cooked pork, turkey gravy, and chicken and broccoli stir fry.

It is important to note that cooking sherry and drinking sherry are completely different.

You may want to substitute cooking sherry for three main reasons. The first and most obvious one is that you ran out of cooking sherry and have no time to rush to the store reason.

Vanilla extract is one of the best substitutes for cooking sherry. You can use either alcoholic or non-alcoholic vanilla extract depending on your preference.

The vanilla extract gives the best results when you use it as a cooking sherry in sweet dishes since it complements the other ingredients.

To substitute cooking sherry with vanilla extract, you will have to compensate for the liquid part. Therefore, you should mix the vanilla extract with water before adding it to your dish.

To replace two tablespoons of cooking sherry that your recipe requires, mix two teaspoons of vanilla extract with four teaspoons of water and then add it to your dish.

If you only want to use non-alcoholic vanilla extract and your grocery store does not stock it, you can buy it at health food stores.

Apple cider vinegar is arguably the best substitute for cooking sherry. It is readily available and most people have it stocked in their kitchen since it is a common ingredient.

Just like vanilla extract, it is important that you dilute apple cider vinegar before adding it to your dish. Dilute this substitute with an equal amount of water. To enhance the flavor of your dish, consider adding one tablespoon of sugar to your dish.

If your recipe requires you to use one cup of cooking sherry, dilute half a cup of the vinegar with half a cup of water then add it to your dish.

Add one tablespoon of sugar to your dish to elevate the flavor. I recommend using this substitute in stews, soups, marinades, and sauces.

These juices work best when used in desserts and other baked goods especially those that contain fruits.

You can also use apricot juice and peach juice as alternatives to cooking sherry.  However, you may need to dilute the juices with water before use since they are naturally thick.

If you plan on substituting cooking sherry with one of these fruit juices, I highly recommend that you use fresh juices and not the store-bought ones. Store-bought juices may not give you desirable results.

Substitute cooking sherry with fruit juices in equal amounts. For example, if a recipe calls for two tablespoons of cooking sherry, use tablespoons of either orange juice, pineapple juice, apricot juice, or peach juice. Remember to always dilute the juices with water if they are too thick.

You can use other wines as cooking sherry alternatives. Dry red wine and dry white wine work perfectly in most dishes that call for cooking sherry.

Other wines that give good results include Marsala wine, Port wine, and Madiera.

For example, if a recipe requires you to use one cup of cooking sherry, use any of the above-mentioned wines. Any unflavored brandy is also a suitable alternative for cooking sherry.

Dry vermouth is also a good cooking sherry substitute. It is a great addition to almost every recipe that calls for cooking sherry.

The substitute complements these dishes perfectly. You will definitely love how your dishes will turn out.

Red wine vinegar/ champagne wine vinegar can also be used as a substitute for cooking sherry in a few recipes.

Red wine vinegar is more concentrated compared to cooking sherry. To counter this, you may either dilute it to make it less concentrated or use it in small amounts. Alternatively, you can just mix a small amount of vinegar with chicken broth then add the mixture to your dish.

If your recipe requires to use of one cup of cooking sherry, simply mix two tablespoons of vinegar with a cup of chicken broth then add it to your dish.

Alternatively, just dilute two tablespoons of red wine vinegar or champagne wine vinegar in a cup of water then add it to your dish.

If you are making a dessert or any other baked goods, I suggest using one of the other recipes.

Manufacturers add a lot of salt to cooking sherry since the salt acts as a preservative hence the long shelf-life of cooking sherry.

You may need to add salt to your dish when using drinking sherry as a substitute in order to achieve the flavor that cooking sherry gives you.

Drinking sherry is readily available and some brands are even cheaper compared to cooking sherry.

Cheap drinking sherry will still give you amazing results so there is no need for you to buy the expensive one if you want to use it as a cooking sherry substitute.

Also, Check out: What is a suitable Worcestershire Sauce Substitute?

All the substitutes we have discussed above work well when used as alternatives to cooking sherry.

Other wines are also my go-to substitutes since I have several bottles in stock. Fresh fruit juices work perfectly in baked goods and desserts. Drinking sherry also works well in most recipes.

Whatever substitute you choose to use, it is essential that it complements the flavor of the dish you are making so keep this in mind when choosing your substitute.

Try using any of these amazing cooking sherry substitutes and let me know the results.

What is a Suitable Chicken Broth Substitute? Click to learn

For some strange reason, every time I think of strawberries my mind goes straight to those cheesy scenes in movies where the couple is feeding each other chocolate-covered strawberries. You know those cheesy clips, right? Unfortunately for us, when it comes to strawberries, they tend to go bad really fast. This suggests that when you…

First things first, what is polenta? The origin of polenta can be traced back to Northern Italy. It is a cornmeal porridge or mush that is made from coarsely ground yellow corn. It was initially used as peasant food. A lot of people like polenta because of its versatility. It is also very easy to…

Beef consommé is a clear soup made by reducing rich stock with egg whites to get rid of fat and sediments. It is often served as an appetizer. Beef consommé originated from France. Back then, it was an exclusive dish reserved for wealthy people. Its unique texture and flavor made it gain popularity quickly, and…

Whole milk is essential in most American kitchens. It has so many uses and a lot of people use it to make those delicious baked treats. You may need to substitute whole milk with something else for various reasons. The first and most obvious one is when you realize you have none in stock yet…

If you love Mexican cuisines as I do, you have definitely come across Queso fresco. Queso fresco is a popular Mexican cheese. Usually, Queso Fresco is made from raw cow milk or a combination of goat and cow milk. In the United States, companies use pasteurized cow milk to make Queso Fresco in line with…