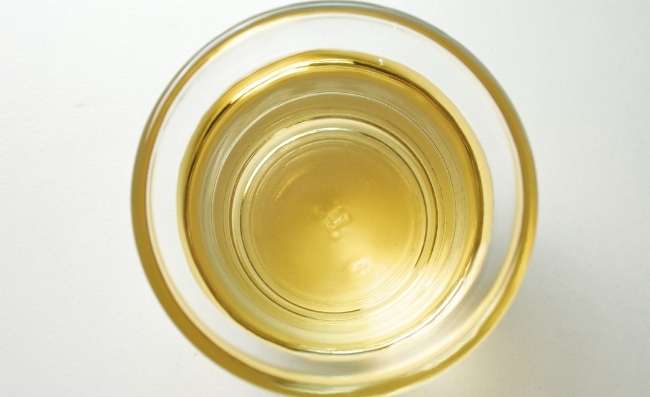 Cooking sherry has always been a must-have in my kitchen. I love how it enhances the flavor of every dish it is added to. Cooking sherry has some alcohol content in it, but the alcohol evaporates when you cook your dish and leaves a distinct sherry flavor.

Cooking sherry lasts for a very long time because of its high sodium content. So there is no need to worry that it will go bad a few days after you open your bottle of cooking sherry.

Some people prefer using cooking sherry because of its high sodium content, but cooking sherry has several other advantages which we will discuss later on.

So what is cooking sherry? It is basically a grape wine that has been fortified with brandy.

Cooking sherry is a common culinary ingredient that adds a nutty and slightly sweet flavor to dishes that it is added.

Cooking sherry is golden in color. It also has a sweet, pleasing aroma. A lot of people describe the flavor of cooking sherry as nutty and sweet. This flavor is quite similar to that of drinking sherry.

I have always been of the opinion that cooking sherry should be used in dishes that have low-fat content and low carbohydrate content.

The Difference Between Cooking Sherry and Regular Sherry

I am pretty sure that the first thing that comes to your mind when you hear the word sherry is regular drinking sherry. There are different varieties of regular sherry in the market including the sweet dessert drink that you take after dinner and the aperitif that people enjoy before taking their meals.

Drinking sherry has for thousands of years been produced in a city in southwestern Spain called Jerez de la Frontera. Manufacturers make drinking sherry using a variety of white grapes.

On the other hand, cooking sherry is strictly meant for culinary purposes. Although it is made using sherry wine, it is important to note that the quality is not a good as the one used in drinking wine. Additionally, it contains other ingredients like sodium which makes it unsuitable to drink.

How To Use Cooking Sherry

Cooking sherry is mostly used to add a nutty flavor to dishes. The fact that cooking sherry fortified and with a higher alcohol content makes it more complex compared to other table wines.

Like I mentioned earlier, a little bit of cooking sherry goes a long way. Unless a recipe calls for more, I suggest using a splash or do. If you use more, the cooking sherry may overpower your dish.

Although cooking sherry contains alcohol, it won’t leave that alcoholic taste in your dish. As your dish cooks, the alcohol in the cooking sherry evaporates and leaves behind an intense sherry flavor.

Giving it time ensures that the alcohol evaporates and the intense sherry flavor gets infused into your dish.

If you are using cooking sherry as one of the ingredients in your dish, skip the salt. Cooking sherry already contains a high sodium content and adding salt to the dish may make it too salty.

Cooking sherry contains approximately 90 mg of salt in each tablespoon. This amount is enough to flavor your dish. Cooking sherry is perfect for dishes that require you to use a salt-laden liquid.

Considering cooking sherry contains a significant amount of sodium, it is not ideal for sweet dishes including desserts like apple pie. When making desserts, you should use drinking sherry specifically dry sherry because it is salt-free.

Use cooking sherry in savory dishes like soups and stews. The dishes will turn out perfectly as long as you remember to skip the salt.

There are several recipes that call for cooking sherry. I’ll share a few of my favorites with you. The only thing you need to keep in mind when using cooking sherry in any recipe is its high sodium content which may easily overpower any dish it is added to.

To counter this, I always add cooking sherry to my dishes gradually and taste to ensure that it does not make my dish too salty.

Here are a few of my favorite recipes.

I have always loved how slow-cooked pork falls apart into succulent pieces. Pork pairs well with sweet and salty sauces which is why most pork recipes call for honey or soy sauce.

Next time you are making slow-cooked pork try using cooking sherry instead of soy sauce or honey. Simply add Worcestershire sauce, cooking sherry, and chicken broth to your pork and let it cook on low for six to eight hours. You will love the outcome.

Mushrooms and sherry have always been a perfect combination. Sherry mushrooms are a popular dish in Spain.

Making sherry mushrooms is actually quite easy. Simply heat some olive oil in a pan and add shallots or red onions. Once the red onions or shallots are translucent, add the mushrooms and cook until they are soft. Once soft, add the cooking sherry, thyme, and rosemary.

At this point, deglaze the pan by scraping the bits stuck at the bottom and let the mushrooms simmer until the sherry cooks down.

Most stir fry dishes use soy sauce to achieve a salty flavor. Why not try something different? Reduce the soy sauce and use cooking cherry in the recipe. The cooking sherry is a great addition since it sweetens the stir fry.

To make this stir fry, the first thing you need to do is cut the chicken into bite-sized pieces.  Make the marinade using minced garlic, cooking sherry, sesame oil, soy sauce, and sugar then let it sit for 30 minutes.

To cook, first, stir fry broccoli florets in a pan with heated vegetable oil. You can add garlic and ginger to taste. Once soft, transfer the cooked broccoli to a plate and start cooking the chicken.

In the same pan, add a little more oil then pour the chicken and marinade into the pan. Let the chicken cook through and then add the broccoli. Make sure all the broccoli is covered with the marinade then remove from heat and serve.

Cooking sherry has always been the perfect addition to thick gravies and turkey gravy is no different. Once you have cooked that tasty turkey for Thanksgiving, strain out the liquid that drips out of the turkey.

To make turkey gravy, heat up the liquid in a pan and add onions, herbs, carrots, and celery. After this, whisk in some flour to thicken it.

Once it thickens, add some turkey stock and cooking sherry then let the gravy simmer for approximately 10 minutes. Remove from heat and pour the gravy over the turkey. You will love the outcome.

Can You Drink Cooking Sherry?

Cooking sherry is not intended for drinking. It is specifically made for culinary purposes. Most varieties of cooking sherry contain 17 percent alcohol.

Although cooking sherry enhances the flavor of dishes when used in cooking, it does not have the pleasant taste that other beverages have. The high sodium content makes it unpleasant when drank straight.

There are several risks that come with drinking cooking sherry. For starters, you may get alcohol poisoning. Alcohol poisoning can cause changes in heart rate and body temperature, high levels of toxicity, and severe respiratory depression which is fatal.

Considering that cooking sherry contains a lot of sodium, you may end up having health issues associated with high sodium intake when you drink cooking sherry.

My recommendation is that you should not drink cooking sherry under any circumstance.

In this article, we shall be talking about this not so commonly used yet wonderful and nifty tofu. If we are being honest, tofu really neither looks nor tastes good when it is removed from its packaging. A common answer to the question on the taste of tofu is that it is quite literally tasteless…